KEY WEST, Fla. — Almost every traveler to the Florida Keys samples Key lime pie, the island chain’s signature dessert. Visitors can immerse themselves in all things Key lime Thursday through Monday, June 30 through July 4, with events that include a Key lime pie–eating contest, gravity-defying “pie drop” and culinary and libation tastings.

It's all part of the annual Key Lime Festival, saluting the creamy pie and the tart yellow fruit that inspired it. Made of condensed milk, egg yolks and Key lime juice, the pie filling is typically nestled in a graham cracker crust and topped with whipped cream or meringue.

Believed to have originated in Key West in the late 1800s, Key lime pie is so popular that it was designated Florida’s official pie by the state legislature in 2006.

The Key Lime Festival is to begin at 6:30 p.m. Thursday, June 30, with a cookbook signing and champagne reception featuring author and festival co-founder David Sloan, who penned “The Key West Key Lime Pie Cookbook.” The event is scheduled at the Curry Mansion Inn, 511 Caroline St., a lavish property whose kitchen is renowned as the pie’s birthplace.

Subsequent highlights include the quirky Key Lime Pie Drop scheduled from 11 a.m. to 2 p.m. Saturday, July 2. After crafting contraptions to protect miniature pies, contestants must drop their creations from atop the Key West Lighthouse, 938 Whitehead St. — without damaging the pie. A Key lime vendor village is to round out the fun.

The festival’s most popular event — and undoubtedly its messiest — is the Key Lime Pie Eating Championship set for Monday, July 4, at the Southernmost Beach Café, 1405 Duval St. Entrants attempt to devour an entire 9-inch pie, topped with mountains of whipped cream, in the fastest time — without using their hands. The chow-down competition is free to watch. Doors open at 12:30 p.m. and the contest begins at 1:30 p.m. 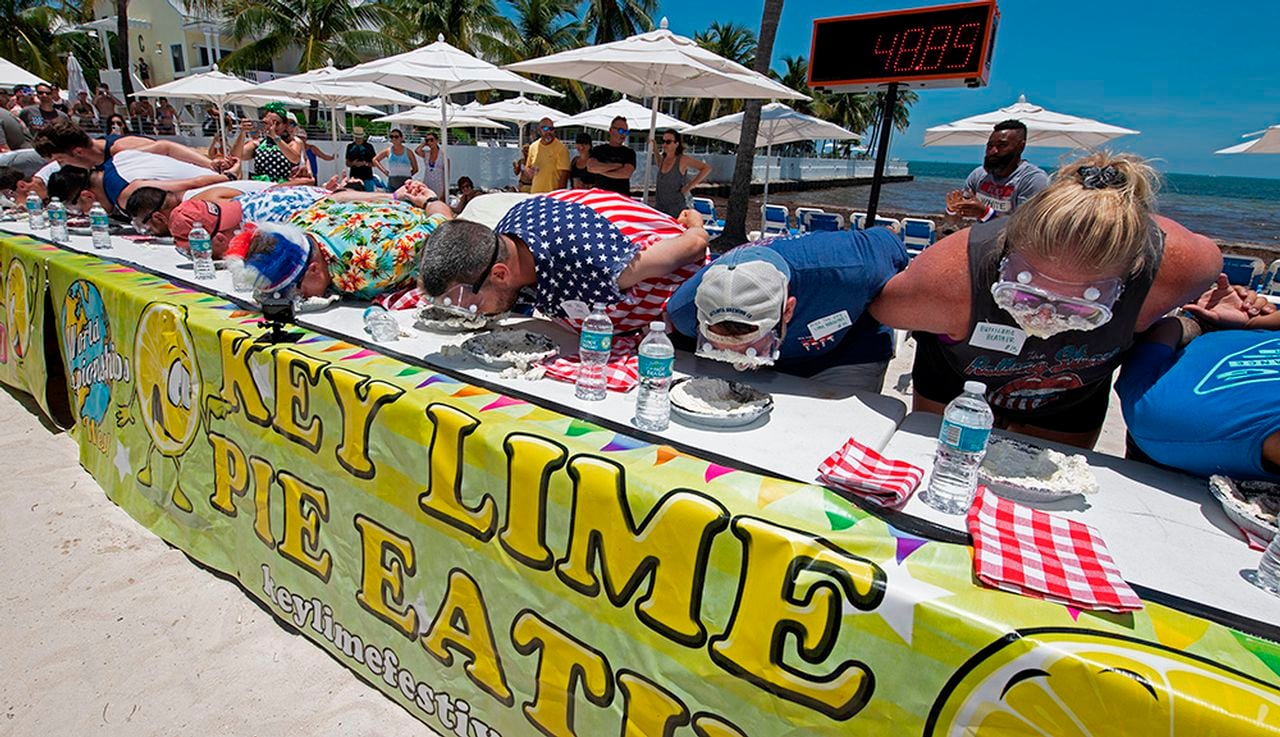 The festival’s most popular event — and undoubtedly its messiest — is the Key Lime Pie Eating Championship. 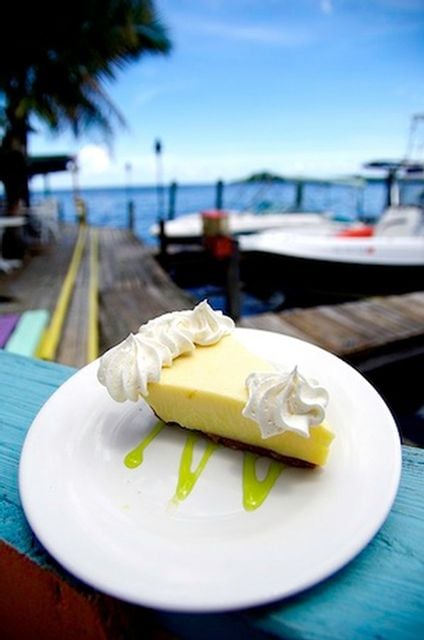 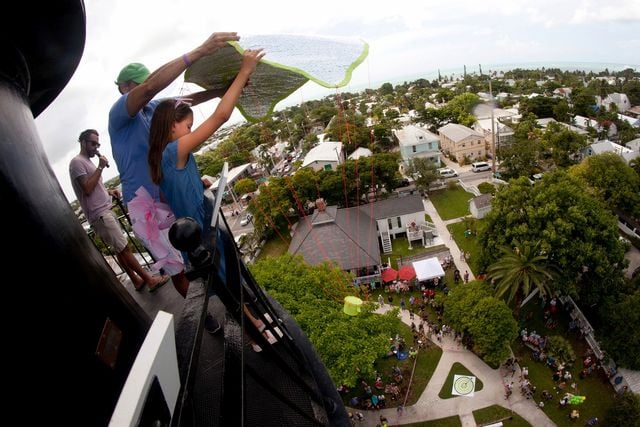