KEY WEST, Florida Keys — Aquatic enthusiasts can attempt an epic swim around the island of Key West Saturday, June 18, during a 12.5-mile open-water race in both the Atlantic Ocean and Gulf of Mexico.

Entrants in the annual College of the Florida Keys Swim Around Key West can register as solo competitors or in relay teams of two to six swimmers, with or without fins, and even as solo swimmers using a mermaid tail or monofin.

The challenge typically attracts athletes from the U.S., Canada and abroad to vie for awards in age categories ranging from 12 and under to 70 and over.

Sanctioned by the World Open Water Swimming Association, the 2022 swim is to begin at 11 a.m. Saturday at Smathers Beach, fronting on the Atlantic Ocean at 2601 S. Roosevelt Blvd.

All solo swimmers and teams must check in and pick up their race packets between 10 a.m. and 7 p.m. Friday, June 17, at the College of the Florida Keys pool on campus at 5901 College Road. Registrants also can watch mermaid shows, scheduled at 10 a.m., 1 p.m. and 5 p.m., and even attempt to transform themselves into the mythical water creatures.

Saturday morning, swimmers depart on a clockwise route around Key West, with finishers ending where they began at Smathers Beach. The course takes them past Key West landmarks including Mallory Square, home of the famed nightly Sunset Celebration, and the Southernmost Point marker that designates the most southernly spot of land in the continental United States.

Each swimmer or team must provide a support crew and kayak or boat to accompany them around the island. In addition, lifeguards and safety boats will be positioned throughout the course.

Swimmers who prefer a shorter challenge can participate in 800-yard, 1-mile, 2-mile and 10k competitions in the Atlantic waters off Smathers Beach. Following courses marked by poles or buoys, the shorter races are scheduled beginning at 8:30 a.m.

Participants must register by June 17. The entry fee for the 12.5-mile race is $130 per solo swimmer and $210 to $570 per relay team depending on the number of team members. Per-person entry for the 10k race is $75 and each shorter race is $30. Discounts on solo swimmers’ fees are available for United States Masters Swimming and USA Swimming members. 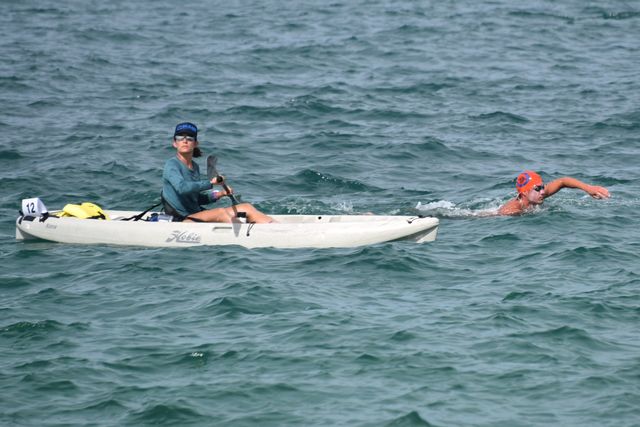 Swimmers depart on a clockwise route around Key West, with finishers ending where they began at Smathers Beach. 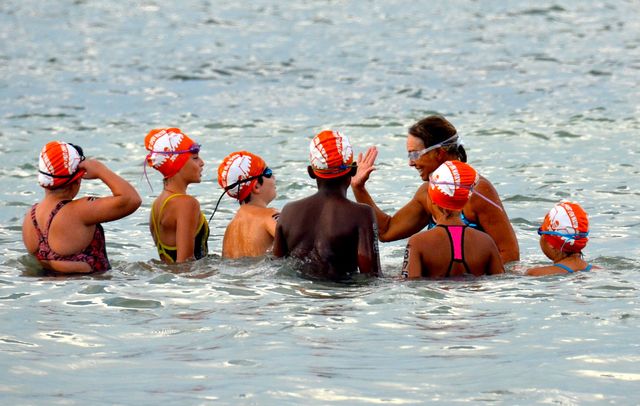 The challenge typically attracts athletes from the U.S., Canada and abroad.