KEY LARGO, Florida Keys -- The 20th anniversary of the storied intentional sinking of a retired 510-foot Navy Landing Ship Dock to create an artificial reef 6 miles off Key Largo is to be marked May 15-17 in the Florida Keys.

Highlights include a planned morning dive on Spiegel Grove Sunday, May 15, to place a commemorative plaque on the ship’s hull to honor the men who served on the vessel. Qualified divers can make a reservation by contacting Lisa Mongelia, director of Islamorada’s History of Diving Museum, at 305-664-9737 or director@divingmuseum.org.

The museum is also debuting a monthlong pop-up exhibit about the ship in its research library. Visitors to the facility, located at mile marker 82.9 bayside in Islamorada, can learn about the wreck and its fascinating heritage through May 31. The museum is open 10 a.m. to 5 p.m. daily.

On May 17 — the 20th anniversary of the ship’s sinking — the public can enjoy “Celebrating the Spiegel Grove at 20: A Saga Too Strange Even for Hollywood!,” a multimedia presentation and panel discussion with members of the initial “sink team,” chronicling the intriguing history of Spiegel Grove. The story of the ship’s journey from the ocean’s surface to the sandy bottom 130 feet below is as compelling as its size.

The free-admission event is slated for 7-9 p.m. in the auditorium of Key Largo’s Murray Nelson Governmental and Cultural Center, mile marker 102. Refreshments and beverages are to be served. Interested participants are asked to register with the Key Largo Chamber of Commerce at keylargochamber.org.

The panel is to review the saga of the Spiegel Grove — a story that even Hollywood couldn’t write.

During the morning of May 17, 2002, the ship prematurely sank and rolled over, leaving its upside-down bow protruding above the ocean’s surface, which was deemed a navigational hazard by the U.S. Coast Guard. The team of workers on the ship had scampered to safety and escaped injury, but the story captured worldwide media attention and the Spiegel Grove quickly became the best-known artificial reef even before the first recreational diver descended on it.

A massive effort resulted in the ship being fully sunk on its side June 10, 2002, and after a salvage operation to recover lost equipment, the ship opened to divers June 26, 2002.

But the saga of the Spiegel Grove wasn’t over yet. In early July 2005, the vessel was discovered in an upright position after Hurricane Dennis brushed the Florida Keys with tropical storm-force winds.

The commemorative celebration also includes the May 17 kickoff of the “Spiegel Grove 20th Anniversary Dive Trip Giveaway.” The prize includes a three-night Key Largo accommodations-and-dive trip, valued at over $2,500, to dive the famous wreck — still the world’s third-largest ship ever intentionally sunk to become an artificial reef and one of nine iconic wreck diving sites along the Florida Keys Wreck Trek.

The contest entry page link is to be published in posts on the Florida Keys’ Facebook page and as a link below the bio (@thefloridakeys) on Instagram and Twitter. The trip giveaway entry period begins at 9 a.m. EDT Tuesday, May 17, and continues through 11:59 p.m. EDT Tuesday, May 31. Rules and terms are to be available on the contest page. 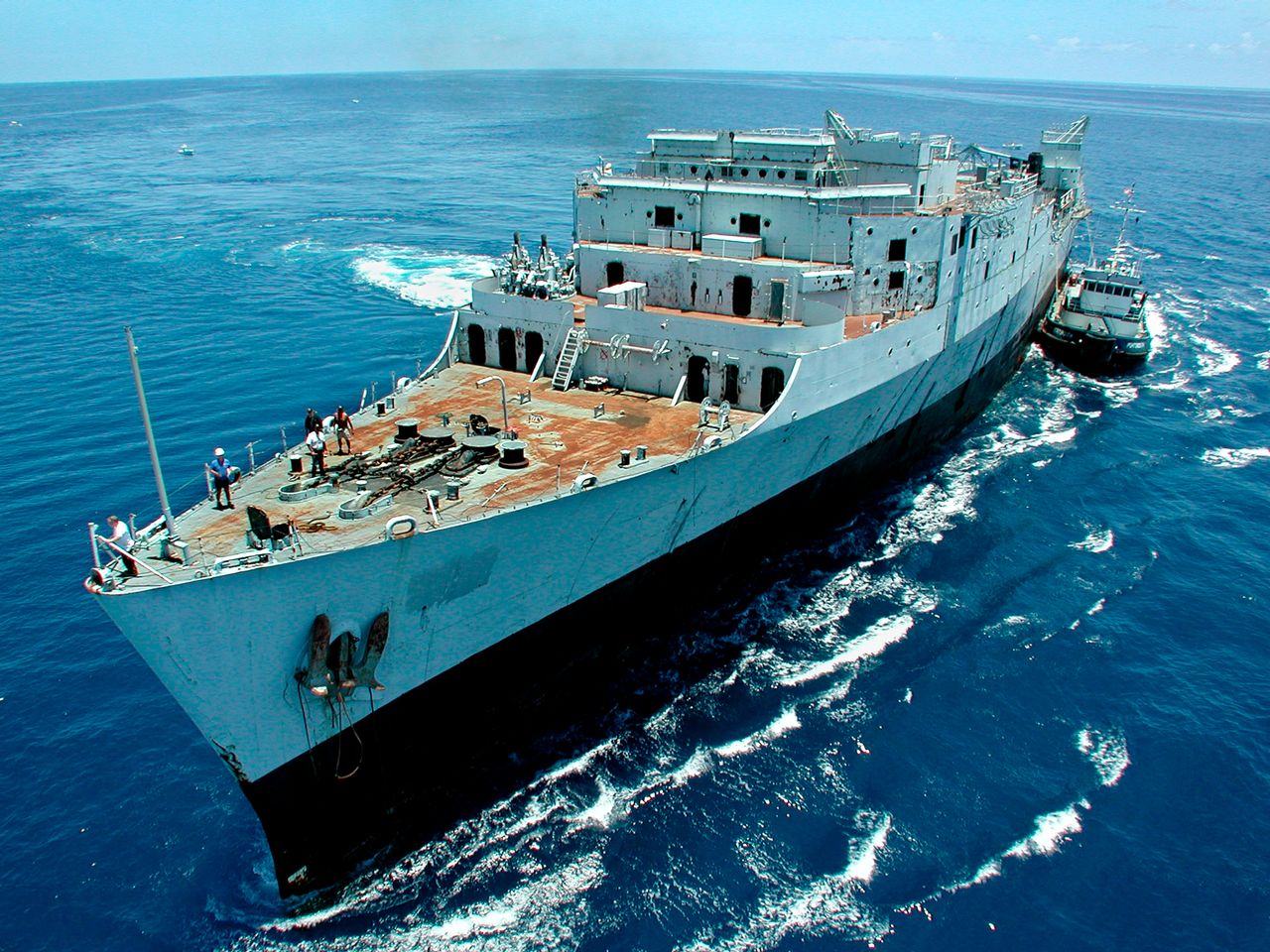 Spiegel Grove arrives from Virginia, where it spent years in a U.S. Navy mothball fleet after it was retired. 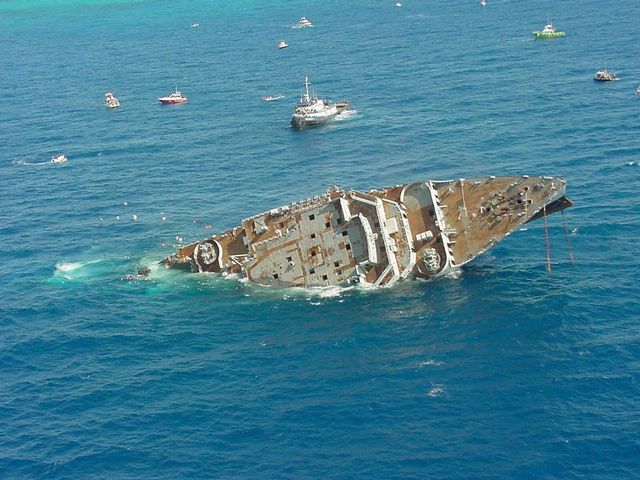 The Spiegel Grove rolls over after it sunk prematurely May 17, 2002. The vessel began taking on water faster than expected. Image: Sergio Garcia 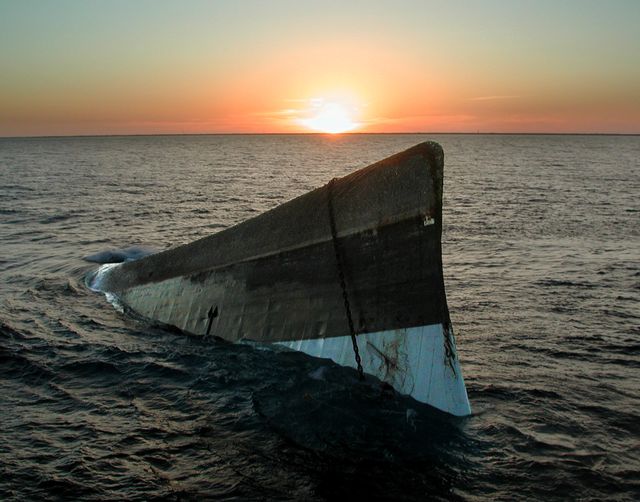 The sun sets over the upside-down hull of the Spiegel Grove, shot May 17, 2002. Spiegel was to be scuttled upright. Image: Andy Newman 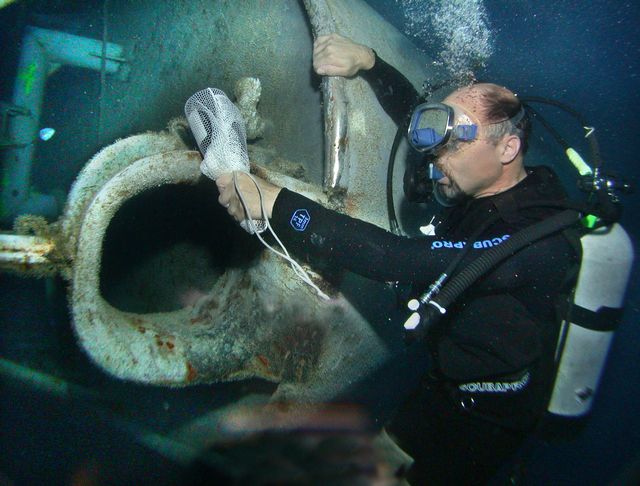 Jim Lupino, then vice-chairman of the Key Largo Chamber of Commerce, smacks a bottle of champagne against Spiegel Grove June 26, 2002, to officially dedicate the new artificial reef. Image: Bob Care 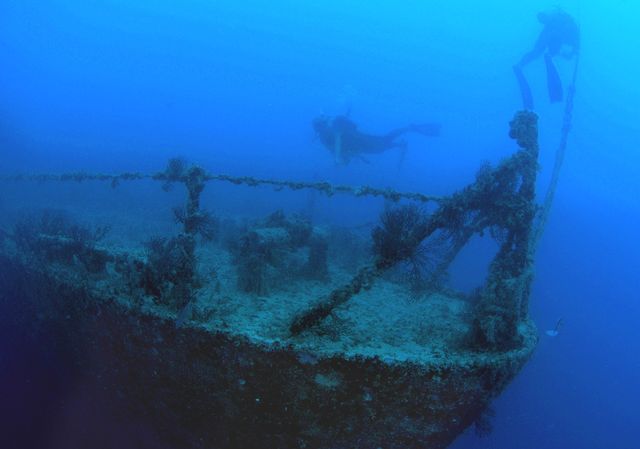