KEY LARGO — In May 2002, a retired 510-foot Navy Landing Ship Dock named Spiegel Grove was sunk off Key Largo to become an artificial reef, providing sanctuary to hundreds of aquatic species. In mid-May 2022, divers and underwater enthusiasts are to celebrate the 20th anniversary of the ship’s sinking with events including a dive to the wreck and a presentation on its heritage.

Now the backbone of a new reef ecosystem 6 miles offshore, Spiegel Grove is the third-largest ship ever intentionally sunk to become an artificial reef. The story of its journey from the surface to the sandy bottom 130 feet below, however, is as compelling as the ship’s size.

From 1956 to its decommissioning in 1989, Spiegel Grove helped enforce America's Cold War strategy of containment, which called for rushing troops and equipment to support friendly governments. The massive ship was originally designed to carry cargo and craft for amphibious landings.

To evolve into an artificial reef in the Atlantic Ocean, it first needed to be freed of any materials or toxins that were potentially hazardous to the marine environment. In June 2001, after 12 years spent tethered in the Navy's "Mothball Fleet" in Virginia's James River, Spiegel Grove was towed to undergo an elaborate cleaning process.

Eleven months later, it was relocated to Key Largo waters.

As the vessel was floating offshore during preparations for its intentional sinking, it began taking on water faster than expected. All personnel evacuated the ship without incident. On May 17, 2002, Spiegel prematurely partially sank and rolled over, leaving the ship's upside-down bow protruding above the surface of the water.

Three weeks later, a salvage team managed to fully sink the vessel and it came to rest on its starboard side. It remained in that position for three years.

In 2005, Hurricane Dennis gave an amazing gift to sport divers by shifting Spiegel Grove from lying on its side to an upright stance — the position artificial reef project organizers had initially anticipated.

On the afternoon before the hurricane brushed the Florida Keys July 9, 2005, waves from Dennis near the Spiegel Grove wreck site were estimated to be as high as 20 feet, according to meteorologists at the Florida Keys National Weather Service office. Such waves in proximity to the reef could have produced unusually strong currents with tremendous force.

Rob Bleser, the project manager during the 2002 sinking, said the ship has remained in the upright position ever since, despite subsequent hurricanes passing through or near the Keys.

"In its upright orientation, one is overwhelmed by a feeling of its history, massive size and the ship's ability to continue making history," Bleser said.

Today, the top deck of Spiegel Grove is about 60 feet below the surface of the ocean. The ship is so wide that, on many days, the view of the superstructure fades into a green-blue abyss. On the clearest days, the sandy bottom is visible nearly 130 feet from the surface. Mooring buoys provide convenient, coral-friendly boat tie-offs.

Bleser and others from the Keys dive community who participated in the sinking are to commemorate Spiegel Grove’s 20th anniversary with events the week of May 17, 2022.

Highlights include a planned morning dive to Spiegel Grove Sunday, May 15, to place a commemorative medallion on the ship’s hull. Space is limited; interested divers can make a reservation by contacting Lisa Mongelia, director of Islamorada’s History of Diving Museum, at 305-664-9737 or director@divingmuseum.org.

Tuesday evening, May 17, the public can enjoy a multimedia presentation followed by a panel discussion on the storied history of Spiegel Grove. The free-admission event is to begin at 7 p.m. in the auditorium of Key Largo’s Murray Nelson Governmental and Cultural Center, mile marker 102. Refreshments are to be served.

Visitors to the History of Diving Museum, located at mile marker 82.9 bayside, can explore the wreck and its fascinating ocean-bound journey through the end of May in a pop-up exhibit in the museum’s research library. Museum tours are offered from 10 a.m. to 5 p.m. daily.

To Dive Spiegel Grove, Be Prepared and Well Trained

For a normal dive on a wreck without penetration, Keys dive professionals recommend (and at certain shops, require) that divers be in exceptional physical health and have at least advanced open-water certification, a wreck-diving specialty or higher, and similar recent dive experience.

In addition to adhering to a dive plan and buddy system, it is also advised that wreck divers intending to enter the upper decks of Spiegel Grove — areas that were prepared to lessen the risk of such activity — have knowledge and proof of certifications regarding diving in overhead environments.

With its remarkable size and history, the Spiegel Grove shipwreck remains one of the Florida Keys’ most popular artificial reefs. For more of its unique story, click here. 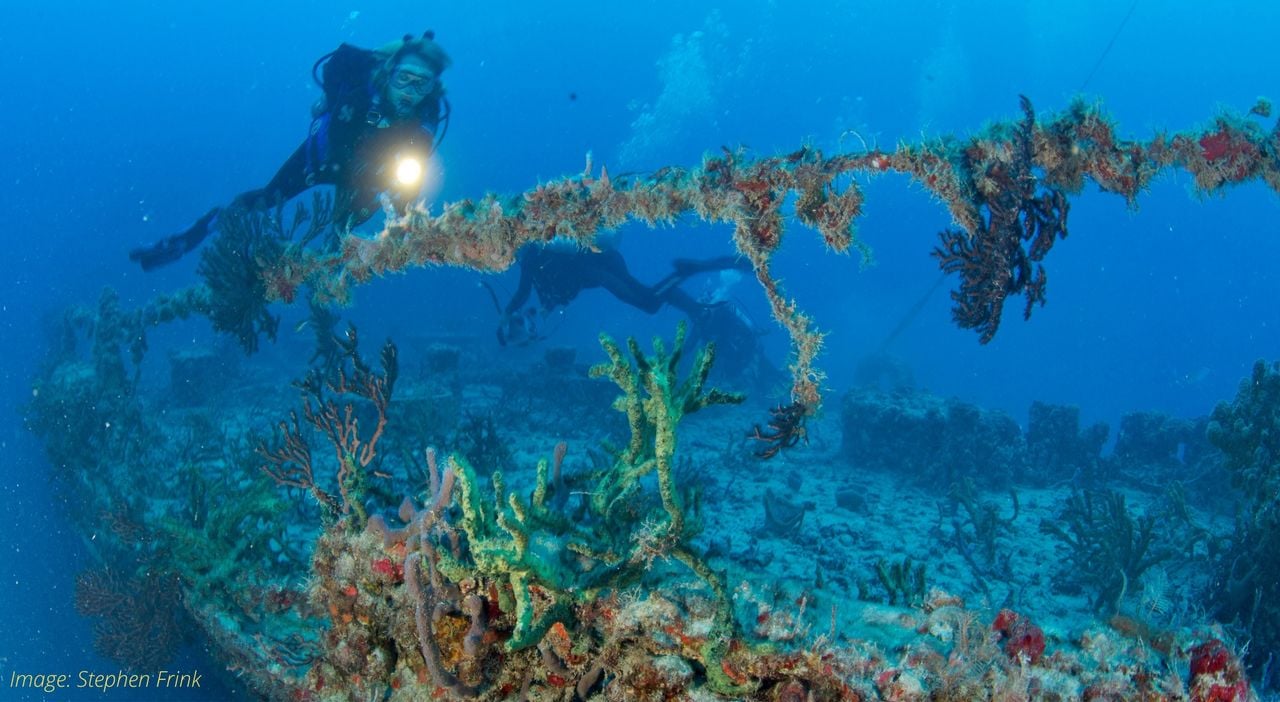 Spiegel Grove remains one of the Florida Keys' most popular wreck dives. Pictured here at the ship's 15th anniversary of its sinking. Image: Stephen Frink 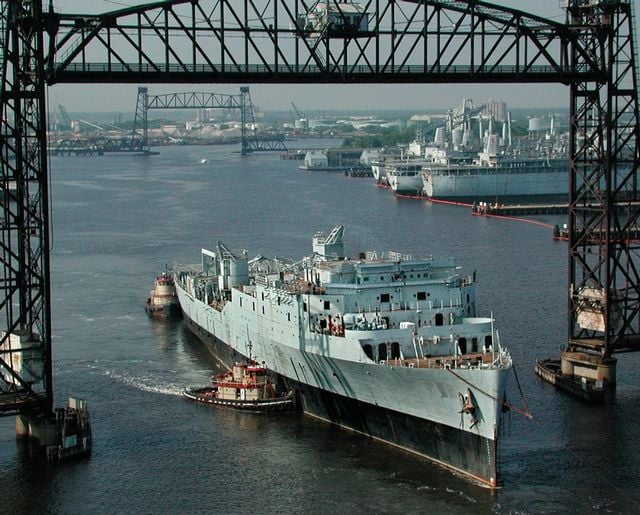 The massive ship was towed along the James River in Norfolk, Virginia, after a 12-year stint in a mothball fleet of the U.S. Navy's decommissioned ships. 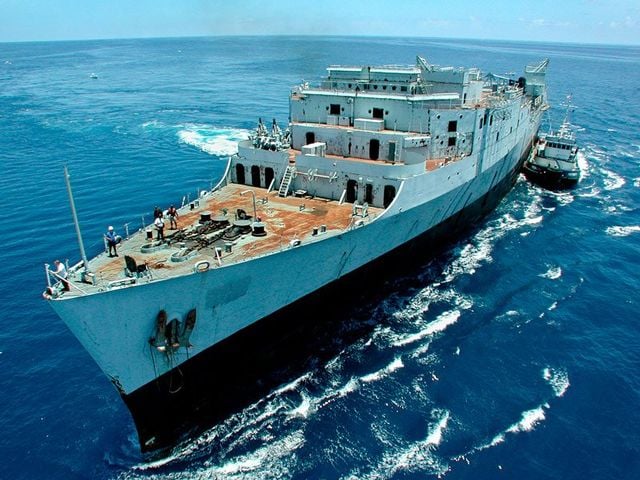 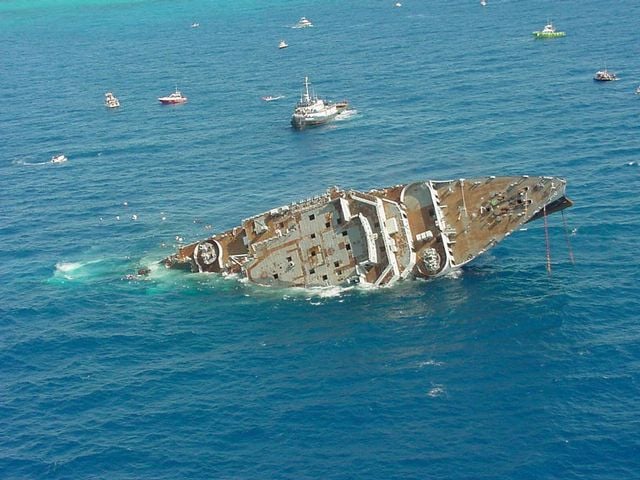 On May 17, 2002, Spiegel prematurely partially sank and rolled over, leaving the ship's upside-down bow protruding above the surface of the water. 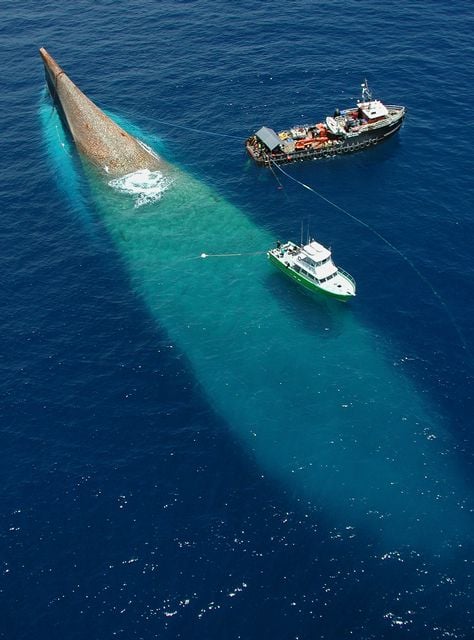 Three weeks after Spiegel Grove's initial premature sinking, a salvage team managed to fully sink the vessel and it came to rest on its starboard side. 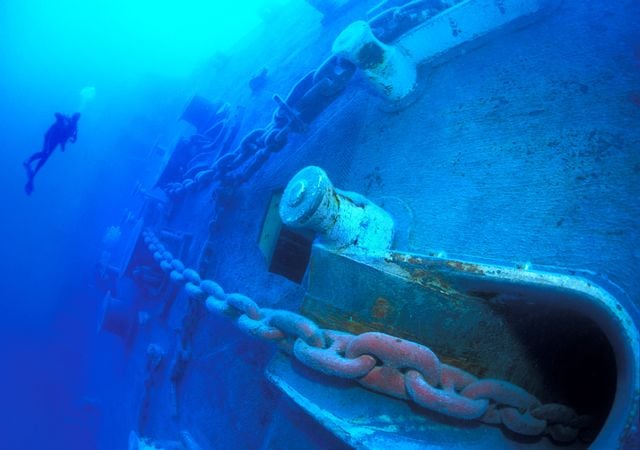 The ship remained in this sideways position for three years after its initial sinking, until strong currents from Hurricane Dennis shifted it to the current upright stance.