Celebrations take place this month for one of the quirkier destination anniversaries on the travel calendar – the 40th birthday of the Florida Keys’ ‘Conch Republic’.

Showcasing the island chain’s eccentric spirit, the 40th annual Conch Republic Independence Celebration commemorates the Florida Keys’ symbolic secession from the United States following the establishment of a 1982 U.S. Border Patrol blockade that virtually stopped traffic on the only road connecting the Keys and mainland Florida.

In protest, local officials proclaimed the island chain the independent Conch Republic. They then declared “war” on the United States, carried it out by pelting an unsuspecting U.S. Naval officer with stale Cuban bread, immediately surrendered and requested foreign aid.

Today patriots throughout the Keys fly the royal blue flag of the republic, whose motto is “We Seceded Where Others Failed,” and celebrate the secession’s anniversary each year with 10 days of “FUN-dependence” offerings.

In honour of the 40th birthday, organisers have planned more than 40 events ranging from historical to hysterical. Most are free and family friendly.

Subsequent events will include a “Drag Race” for drag queens instead of souped-up cars, a beach cleanup, the so-called “World’s Loooooongest Parade” along the city’s Duval Street from the Atlantic Ocean to the Gulf of Mexico, on-the-water adventures, a pirate ball, the wacky “Blue Ribbon Bed Races” featuring decorated beds and the Great Sea Battle of the Conch Republic. During the latter, sea dogs and wenches on tall ships and other vessels combat “evil federal forces” and the republic always wins.

The secession itself will be commemorated on Saturday, 23 April, the historic event’s 40th anniversary, hosted by Conch Republic dignitaries and military members at Mallory Square beside Key West Harbour.

The festival concludes on Sunday, 24 April, after an open-air jazz performance, a sailing race that recalls the Florida Keys’ seafaring heritage and the closing night of the rollicking “Conch Republic — The Musical!” presented by the Fringe Theater.

For those wanting to join the celebrations, Virgin Holidays is offering seven nights at the five-star Ocean Key Resort in Key West from £2,995 per person, on a room-only basis including return Heathrow-Miami flights. www.virginholidays.co.uk 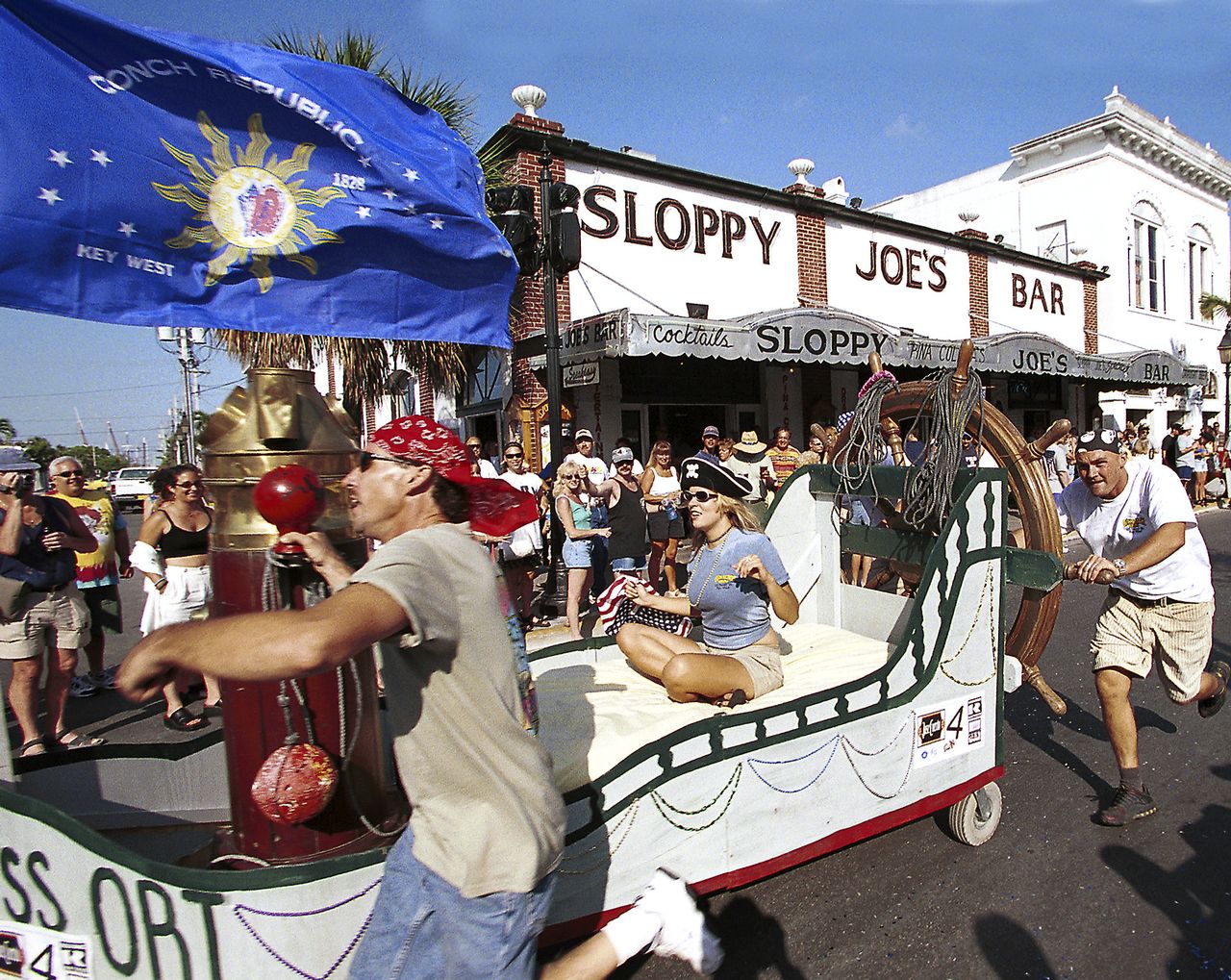