MARATHON, Florida Keys — Florida Keys visitors and residents are again cycling, walking, running, rollerblading and watching sunrises and sunsets along a section of the famed Old Seven Mile Bridge that parallels the Florida Keys Overseas Highway in the Middle Keys.

Nicknamed "Old Seven," the oft-photographed 2.2-mile span reopened Jan. 12, 2022, to pedestrian recreation. The reopening took place some 110 years after the bridge’s original debut as the centerpiece of railroad magnate Henry Flagler's Florida Keys Over-Sea Railroad, which connected the Keys with each other and mainland Florida for the first time.

The 2.2-mile span serves as the gateway to historic Pigeon Key, a tiny island nestled beneath the “Old Seven” that was once home to about 400 workers constructing the railroad.

Begun in 2017, the $44 million renovation is part of a 30-year agreement with a budget of $77 million ratified between the Keys' Monroe County, Marathon municipal officials and the Florida Department of Transportation to fund restoration along with a maintenance program to ensure the landmark's preservation.

A significant challenge of the project was to restore the historic bridge to the same aesthetic fabric as the original, according to project managers with the Florida Department of Transportation.

In 1938, the original railroad bridge was converted to carry automobiles. In 1982, the new Seven Mile Bridge (actually 6.79 miles long and one of the world's longest segmental bridges) debuted alongside the historic one and the old bridge's steel swing span, which had facilitated marine traffic, was removed.

"Nearly five years ago now, when they did close down the bridge, that year prior nearly a quarter of a million people came out to use this bridge," said Kelly McKinnon, executive director of the Pigeon Key Foundation. "It really is more of a linear park, where people can come out and recreate and go biking, walking, cycling, running, take a look at all the marine resources whether it be spotting turtles, sharks, rays, tarpon ... it's just an unbelievable experience for individuals and families to come out and take advantage of."

Today Pigeon Key serves as a historic and educational center, with a railroad museum and original structures that date back to the early 1900s Flagler era, when the bridge leading out to it was being built.

"As you come onto Pigeon Key, you really do step back in time," McKinnon said. "It's fantastic to walk around, see these original structures, be on the same ground that these men 100-plus years ago were on."

A new 60-passenger tram to take visitors back and forth to Pigeon Key is expected to be operational this spring.

Although vehicular traffic on the restored bridge is prohibited, an adjacent parking lot has been modified to accommodate up to 35 parked vehicles. 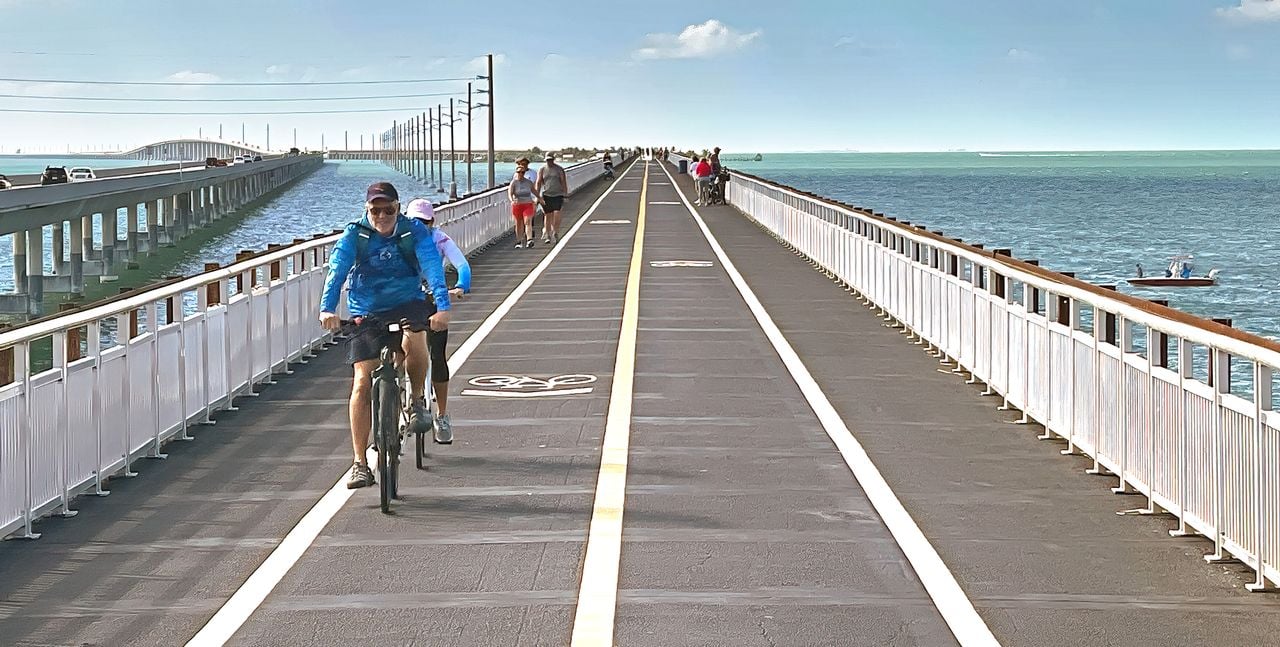 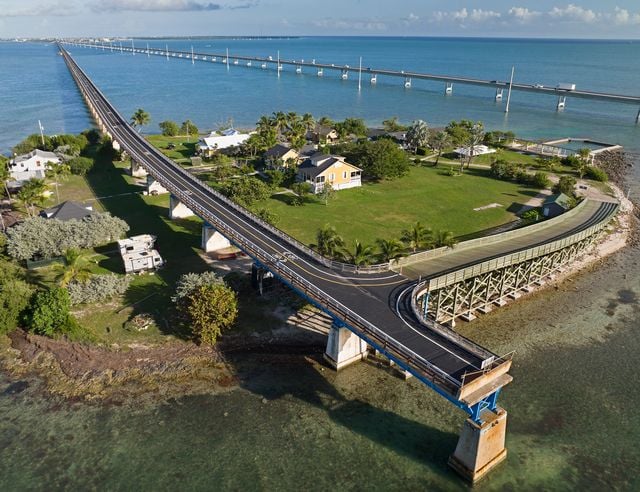 Today Pigeon Key serves as a historic and educational center, with a railroad museum and original structures that date back to the early 1900s Flagler era, when the bridge leading out to it was being built. 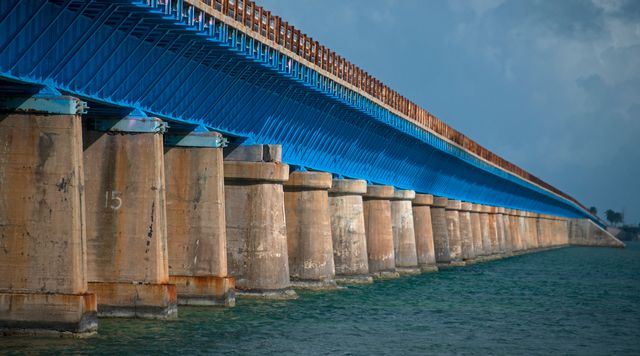 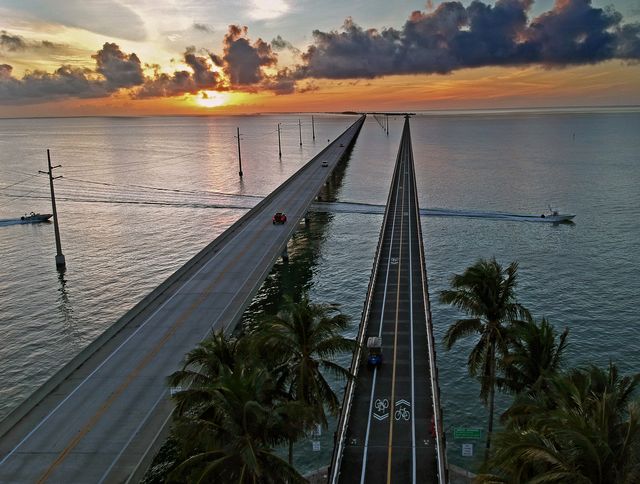 Viewing sunrises and sunsets from 'Old Seven' is a popular pasttime among Florida Keys residents and visitors. 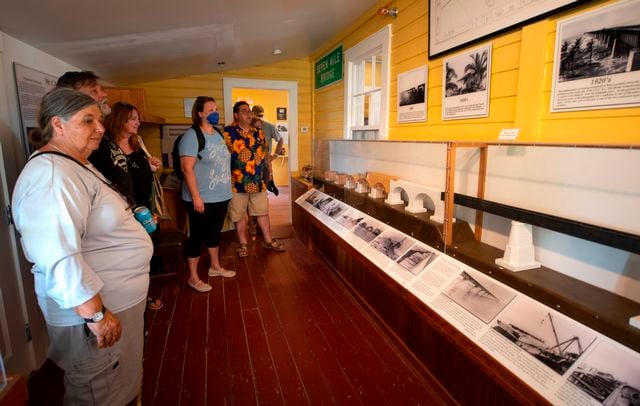 Visitors to Pigeon Key can discover the history of the island and its role in the Florida Keys Over-Sea Railroad.