In Islamorada, the History of Diving Museum’s newest exhibit titled “Diving in Pop Culture” is on display through Dec. 31, and explores the underwater world as portrayed in advertising, entertainment and mainstream culture.

Visitors are introduced to specific stories such as Jules Verne’s “Twenty Thousand Leagues Under the Sea,” with illustrations and images from the first film adaptation of the tale in 1916, along with a working dive helmet made based on the novel’s description.

Television’s “Sea Hunt,” which originally aired 1958-61, inspired many people to become divers and has helped shape perceptions of diving. The exhibit also explores how both fictional and factual diving themes were worked into the genres of science fiction, horror, action and adventure on the big screen.

One of the most common themes in movies is the recovery of gold or sunken treasure, but often movie makers sneak in diving scenes of characters with seemingly supernatural abilities from James Bond to monsters such as the Creature of the Black Lagoon.

In 1950, the first film of its kind depicted scuba diving and the true story of “The Frogmen,” focused on members of the United States Navy’s hazardous underwater demolition teams. The life story of Carl Brashear, the first African American master diver in the U.S. Navy, was aptly represented in the 2000 drama “Men of Honor.”

The “Diving in Pop Culture” exhibit also pays homage to famed diving pioneers such as Jacques Cousteau. In addition, it features a timeline with pop culture diving references from 1593 to the 1960s to illustrate how story lines and film depictions have grown alongside greater scientific understanding and new technology.

Located at mile marker 83, the museum is dedicated to telling the story of humans’ quest to explore, understand and venture under the sea. Regular programs are scheduled throughout the year, including free virtual presentations the third Wednesday of every month.

Families of all ages can enjoy the exhibit's pop culture references. 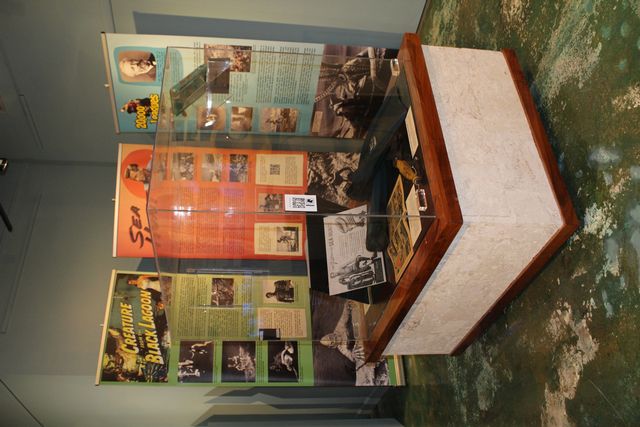 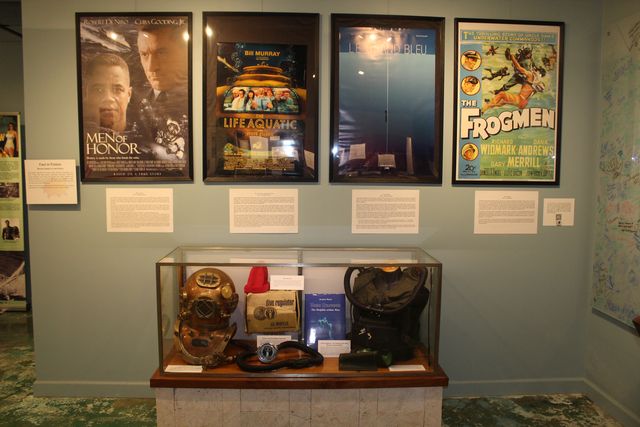