KEY WEST, Florida Keys — Anglers can follow the lead of legendary writer Ernest Hemingway, who pursued marlin and other gamefish in Key West waters during the 1930s, Wednesday through Saturday, July 21-24.

Teams that accumulate the most points for marlin and spearfish during the tournament’s three fishing days are to split $40,000 cash. All billfish must be released except potentially record-setting blue marlin that exceed 600 pounds.

Teams also can earn points by entering one fun fish (dolphin fish, tuna, wahoo or released sailfish) per boat per day. Minimum weight for dolphin, wahoo and tuna is 15 pounds.

Boats in the marlin division also can enter the fun fish division to compete for an additional $10,000. Cash prizes are to be presented for the three heaviest dolphin fish, wahoo and tuna (yellowfin, blackfin or skipjack). Minimum weight for those species is 15 pounds.

Final registration is scheduled at 4 p.m. Wednesday, July 21, at the tournament tent at Stock Island Marina Village, 7005 Shrimp Road. A captains meeting, auction and raffle are to follow.

Marlin division boat entry fees, allowing two anglers to fish, are $2,100 per boat. There is no maximum number of anglers per boat, but additional anglers must pay $200 apiece. Entry in the fun fish division is an additional $450 per boat. 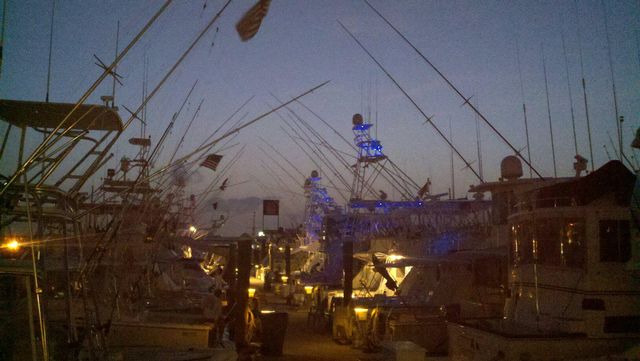