FLORIDA KEYS — Often referred to as the “Highway that Goes to Sea,” the Florida Keys Overseas Highway is the only roadway that stretches through the entire island chain. Also Florida’s only federally designated All-American Road, it features more than 40 bridges over water and a variety of sights and activities to enjoy during the drive.

To highlight the best points of interest along the way, “special correspondent” Matty Meltzer — who happens to be both an intrepid traveler and a wisecracking puppet — was commissioned to chronicle memorable stops on a road trip through the Florida Keys.

Matty takes visitors on a video journey along the Overseas Highway beginning at Key Largo, the first island community at the top of the Keys. There, he embarks on a cruise aboard the original African Queen, sips cocktails where Humphrey Bogart filmed parts of “Key Largo” and learns about how a nonprofit organization cares for the Keys’ feathered denizens.

Traveling on to Islamorada, Matty gets firsthand knowledge of why the region is called the sport fishing capital of the world. He also meets a very large crustacean, learns about Islamorada’s burgeoning art scene and discovers the fascinating history of scuba diving.

Once Matty arrives at Marathon, he explores the underwater world from the safety of dry land (because puppets can’t get wet!) and gets up close and personal with some intriguing sea creatures. He also journeys across the iconic Seven Mile Bridge with a stop at the Pigeon Key National Historic Landmark.

Moving on to Big Pine & the Lower Keys, Matty undertakes a unique kayaking experience and visits one of the island chain’s most acclaimed beaches (with a historic twist). In addition, he tries to spot an elusive and diminutive Key deer — all before heading for his final stop at the continental United States’ southernmost city.

Upon arriving at Key West, Matty views a spectacular sunset from one of the highest points on the island. He also follows in the footsteps of some of the city’s most famous current and former residents as video viewers share his experiences.

For people interested in taking a road trip this summer, the Florida Keys Overseas Highway offers all-American adventures that shouldn’t be missed. And there’s no better guide for the journey than Matty Meltzer. 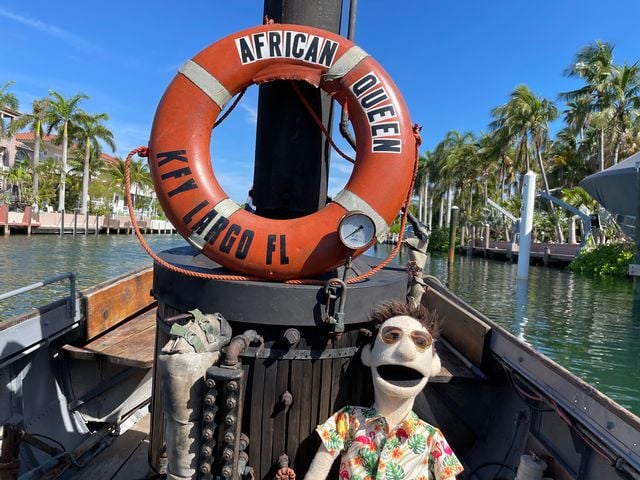 Matty Meltzer — who happens to be both an intrepid traveler and a wisecracking puppet — was commissioned to chronicle memorable stops on a road trip through the Florida Keys. Matty takes visitors on a video journey, beginning at Key Largo. 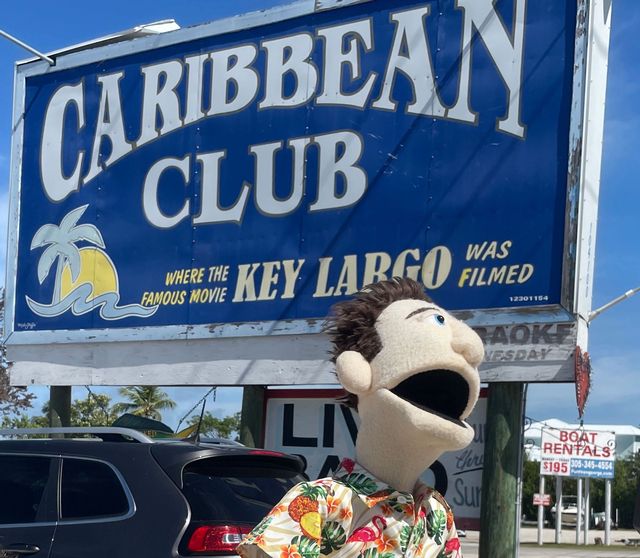 As part of his video journey, Matty visits and sips cocktails at the famous Caribbean Club where Humphrey Bogart filmed parts of 'Key Largo.' 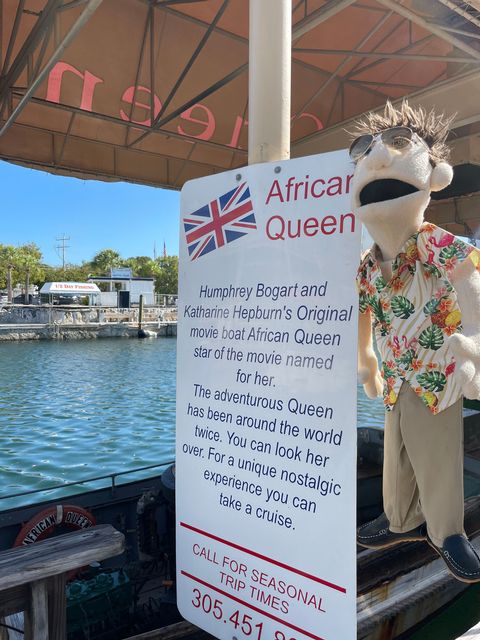 Embark on a cruise around Key Largo on the African Queen.