KEY WEST, Fla. —  A name was announced Friday for a coronavirus-fighting robot that disinfects interior spaces of Key West International Airport following an online contest that attracted 1,000 entries — its maximum limit — in about six hours.

“R2Key2” was chosen by a committee of Florida Keys officials from a dozen finalists. The name salutes both fictional robots and the unit’s Keys location.

Key West International was among the United States’ first airports to implement one of the unique robots, debuting it in December. The unit emits high-intensity ultraviolet UV-C wavelength light designed to remove 99.9 percent of harmful airborne and surface pathogens including the novel coronavirus.

The nearly 6-foot-tall robot patrols the terminal and other interior spaces during nighttime hours after the airport closes to the public. It even plays music while making its rounds.

The “name the robot” contest, staged Jan. 14, was part of the Florida Keys tourism council’s initiative to promote directives and safety protocols in place in the Keys to combat COVID-19, including mandatory masking requirements.

“While naming the robot is lighthearted in its nature, what we really are concerned about, and make a priority here in the Florida Keys, is protecting the health of our residents and our tourists,” said Keys Mayor Michelle Coldiron, who helped judge submissions and is also a tourism council board member. “The robot is now keeping the Key West International Airport cleaner and safer for all who come through the Florida Keys.”

“R2Key2” moves around the airport autonomously when people are not present, since the light it emits during the active disinfection cycle is intense — and supplements other cleanliness and passenger protection practices. It can disinfect the entire interior space in approximately 2.5 hours. 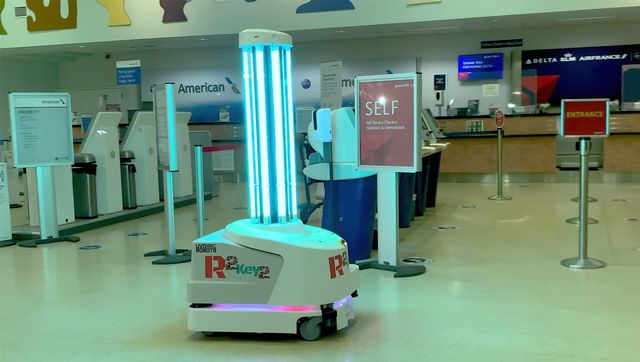 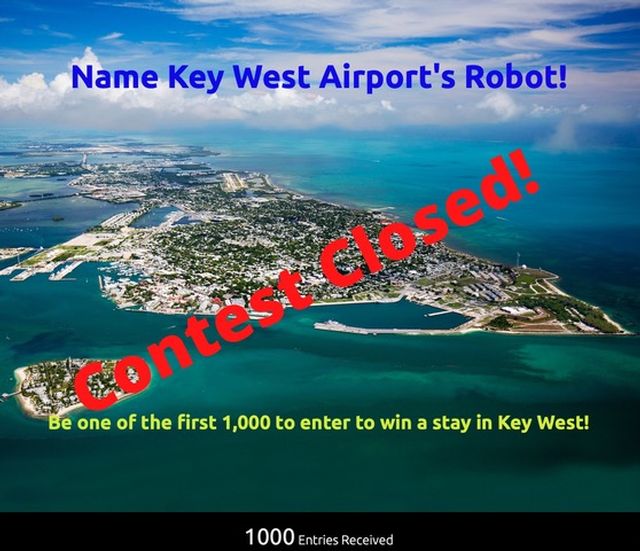 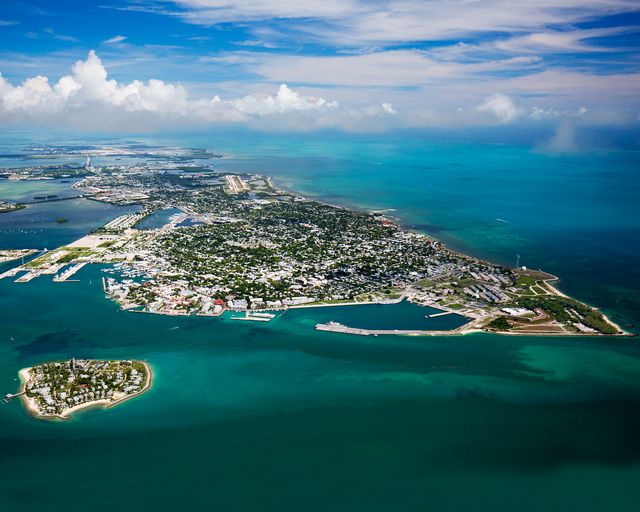