For decades Key West has been known as an island of the arts — and rightfully so, given the large and enthusiastic population of visual artists whose work enhances local galleries. That creative vibe is one of the elements that makes it such a magically enticing spot.

Chief among Key West’s artists, always and forever, is the late Mario Sanchez. During a career that spanned some 70 years, Sanchez depicted the Key West of his youth — and its sometimes eccentric inhabitants — with intricate detail and affectionate humor.

Before his passing in 2005 at age 96, Sanchez was acclaimed as the 20th century’s greatest living Cuban-American folk artist.

A dozen years later, one of his pieces was accepted into the permanent collection of the famed Smithsonian American Art Museum in Washington, D.C. He was the first Key West artist to earn that honor, and it was well deservedboth for his talent and for the diverse, all-accepting worldview that flavors his work.

His pieces feature creative renderings of real people who shaped the Key West landscape from World War I through the Depression. His work also spotlights structures that were then and still are island landmarks, including Ernest Hemingway’s former home, the Key West Lighthouse and the San Carlos Institute.

When Sanchez worked, he first sketched his images on brown paper grocery bags. He then transferred them to cedar wood and created his intaglios, incorporating subtle humor and reflections of Key West’s intrinsic diversity.

Adding the bright colors of the tropics, he produced extraordinary primitive art. With simple brushes and chisels, and unparalleled creativity, he preserved and memorialized the rich history of the island he loved.

The piece presented to the Smithsonian represents not only Sanchez’s personal heritage, but also a unique view of an industry that helped shape Key West. The painting depicts the artist’s father reading to cigar makers at the island’s Gato Cigar Factory.

In the 1890s, the factory employed 500 Bahamian, American, Cuban, Chinese, Jewish and Italian men and women workers who selected tobacco, cut and rolled or fabricated cigars. As they worked, they listened to readings delivered by a factory reader, or lector, to break the monotony of the work.

The industry was so successful that Key West became known as the cigar manufacturing capital of the world. During its heyday, the island’s factories produced 100 million hand-rolled cigars each year.

Today many of Sanchez’ pieces can be found at Key West’s Gallery on Greene, whose director Nance Frank has authored several books on the artist and is widely acclaimed as an expert on his work. At the gallery, art lovers can gain insights into Key West’s multifaceted and multicultural past, thanks to the unforgettable magic of Mario Sanchez. 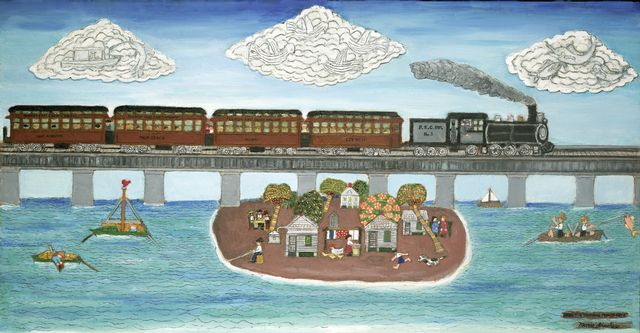 Over the Beautiful Florida Keys 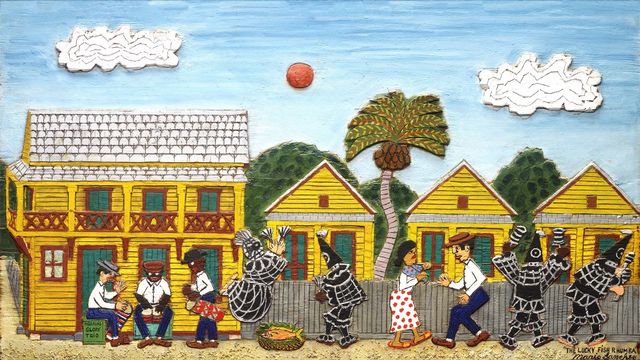 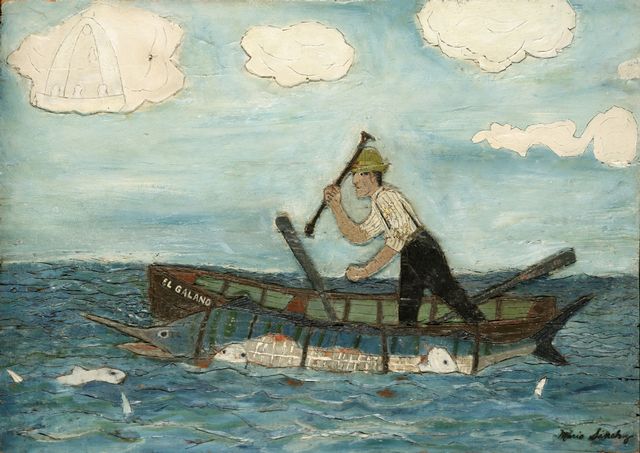