The Florida Keys By the Book

Many books about the Florida Keys, whether fiction or nonfiction, are so well crafted that they seemingly transport readers to the island chain — portraying it so vividly that it’s almost possible to feel the humidity and smell the salt air.

During this time of COVID-19 travel restrictions, which books provide the best “virtual visit” to the Keys?

Mystery lovers can immerse themselves in the island chain through a wide variety of offerings. They range from the delicious “Key West food critic” series by Lucy Burdette to the wacky Key Largo-based “Native Tongue” by famed journalist Carl Hiaasen, a former Upper Keys resident.

Must-read volumes for Keys lovers include the haunting Bone Island trilogy by New York Times bestselling author Heather Graham, featuring an affectionate and enticing portrait of contemporary Key West, and Graham’s riveting “The Vision,” set against a shipwreck salvage expedition in nearby waters.

Foodies can get a taste of the Keys’ most iconic dish in “The Key West Key Lime Pie Cookbook” by David Sloan. Longtime resident Sloan explores the signature pie’s history — including its links to sponge fishermen and Key West’s “Aunt Sally,” both credited with dreaming up the dessert — while also providing a glimpse of the island’s early days.

Alongside little-known tidbits and tips, the book contains recipes for 20 crusts, 20 fillings, 20 sauces and 20 toppings that can be mixed and matched to create nearly infinite variations on the delectable dessert. Among the recipes are truly quirky concoctions like Key lime pies incorporating bacon and jalapeno peppers.

The wildly prolific Sloan is also the author of volumes that include “The Florida Keys Bucket List,” outlining a wealth of must-do activities throughout the island chain, and “Robert the Doll,” tracing the history of a haunted toy and the Key West artist who was obsessed with it throughout his life.

Sloan partnered with Upper Keys author Brad Bertelli to pen “A Local’s Guide to Bloodline,” showcasing the Upper Keys locations that appeared in the hit Netflix series about the dysfunctional Rayburn family. Fans of the series will discover spots from the Rayburn mansion (hint: it’s part of an iconic Islamorada inn property) to the site of Danny Rayburn’s murder.

For armchair history buffs, one of the best immersions into the Keys’ remarkable heritage can be found in “Last Train to Paradise” by acclaimed novelist Les Standiford. The gripping true story chronicles the creation of Henry Flagler’s Florida Keys Over-Sea Railroad — once dubbed “the eighth wonder of the world” — as well as its heyday and eventual destruction.

While many other books too can provide satisfying “virtual visits” to Keys locales — including Mary Stella’s “All Keyed Up” and Ernest Hemingway’s “To Have and Have Not” — no listing would be complete without the mysteries of Tom Corcoran.

Corcoran debuted his Key West series in 1998 with “The Mango Opera,” which portrays the island with rueful affection and bone-deep accuracy. He has since followed it with several other volumes, including 2018’s “Guava Moon Revenge,” all detailing the adventures of freelance photographer Alex Rutledge.

A Key West resident in the 1970s, Corcoran has been a photographer, disc jockey and close friend of the island’s renowned “pirate laureate,” singer-songwriter Jimmy Buffett. His books draw on his memories of that era as well as the southernmost city’s contemporary flavors. The people Alex meets, befriends and occasionally suspects of crimes are inspired by the flawed, intriguing individuals that walk the streets today.

Most of the offerings described here can be downloaded from local libraries or e-book outlets, or ordered from authors’ websites or favorite bookstores for quick delivery. And through their pages, readers can enjoy entertaining sojourns in the Florida Keys — without leaving the comfort of their own homes. 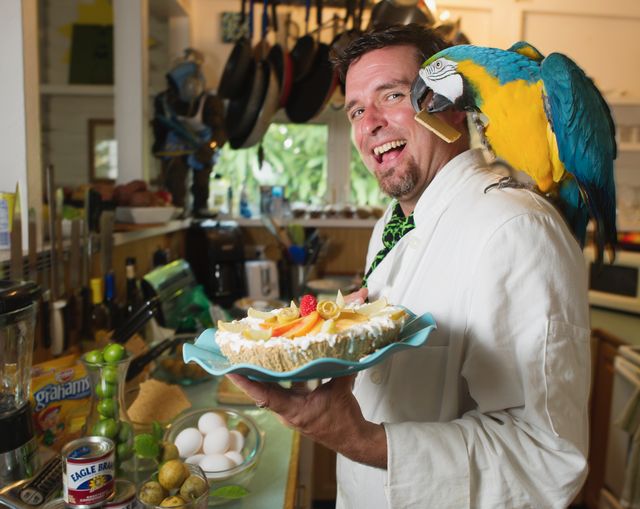 Foodies can get a taste of the Keys’ most iconic dish in 'The Key West Key Lime Pie Cookbook' by David Sloan. Image: Rob O'Neal 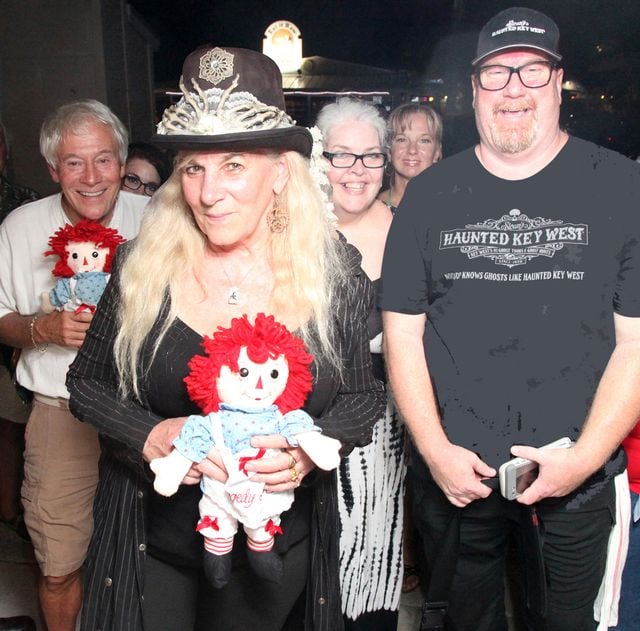 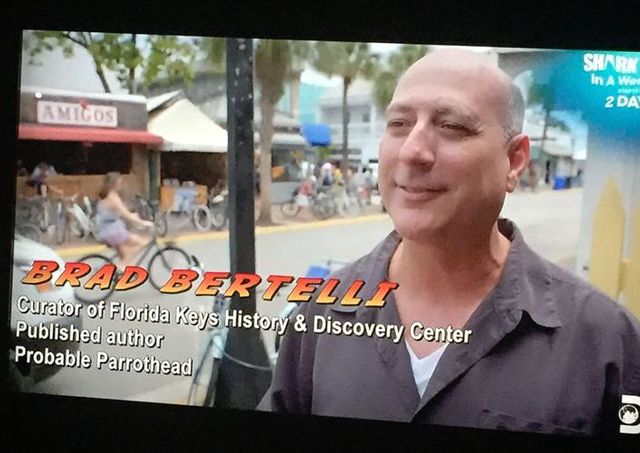 Historian and author Brad Bertelli in Key West talking about the pirate Black Caesar with Rob Riggle for his show Global Investigator on the Discovery Channel. 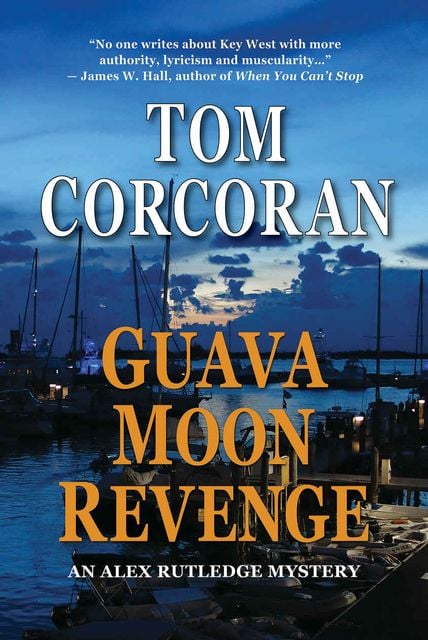