When Ernest Hemingway arrived in Key West in 1928, the town was a remote “foreign country” on U.S. soil. He wrote, “It’s the best place I’ve ever been anytime, anywhere, flowers, tamarind trees, guava trees, coconut palms ... Got tight last night on absinthe and did knife tricks.”

An avid angler and hunter since childhood, Hemingway discovered “big game” fishing in the Florida Keys. The hunt for giant marlin and massive tuna lit a passion in the author, while the eclectic group of people he met in America’s southernmost city became the source of much literary material, especially for his novel “To Have and Have Not.”

The temperate waters of the Gulf Stream, the natural warm water current that runs adjacent to the Keys, hold one of the world’s greatest collections of big game fish. Thousand-pound marlin and tuna, enormous sharks and a “bycatch” of speedy wahoo, king mackerel and dolphin (mahi-mahi) were an irresistible pull that drew Hemingway and his “Key West Mob” offshore.

The group would head to sea for days or weeks at a time hunting ever-larger marlin and tuna. Each “mob” member had a nickname, which is how “Papa” Hemingway got his well-known moniker.

Photos show Hemingway standing next to gigantic marlin and tuna — fish that would qualify as world records today.

The Nobel Prize–winning author did much to make the world aware of fishing in the Florida Keys, but he was not the first literary giant to fish Keys waters.

In the early 1900s, Western novelist Zane Grey came to the Keys to pursue one of his great passions: fishing. Grey stayed at the Long Key Fishing Camp, a luxurious resort built by railroad tycoon Henry Flagler.

Grey arose early, wrote in the cool morning and then headed out to sea to fish for eight to 10 hours with local guide Bill Partea. From 1911 through 1926, Grey missed only two fishing seasons in the Keys.

Fishing targets were varied for Grey. He fished offshore as well as the near-shore waters around Long Key, Duck Key and Grassy Key. Photos show Grey with single-day catches that included sailfish and marlin.

In his 1919 pamphlet, “Tales of Fishes,” Grey introduced a worldwide audience to “Gulf Stream Fishing,” describing the use of light tackle to catch sailfish and kingfish off the Keys — practices that are employed today throughout the world. It was the first time that sailfish were regarded as a worthy game fish target.

Grey also wrote of his obsession with flats fishing, hunting the elusive bonefish: “If I spent another month bonefishing, I would become obsessed and lose my enthusiasm for other kinds of fish. Why? My reasons range from the exceedingly graceful beauty of the bonefish to the fact that he is the wisest, shyest, wariest, strangest fish I have ever studied . . . As for the speed of the bonefish, I claim no salmon, no barracuda, no other fish celebrated for swiftness of motion, is in his class. As for the strength of the bonefish, I actually hesitate to give my impressions. As for his cunning, it is utterly baffling. As for his biting, it is almost imperceptible. As for his tactics, they are beyond conjecture.”

Anglers of Grey’s era brought their entire catch to shore, taking photographs of angler and fish to record the day.

But Grey was among the first anglers to develop a catch-and-release ethic. At the Long Key Fishing Club, which Grey co-founded (and served as its president), a sign hung that read in part: “GOOD SPORTSMANSHIP Does Not Consist in A BIG CATCH. But in The Use Of Light Tackle and a REASONABLE CATCH.”

The sign recommended bag limits: “2 SAIL FISH, 5 TARPON, 6 KING FISH, 6 GROUPER” and added, “Any Fish Caught Above The Number Of Each Above Specified Should Be Carefully Returned To The Water.”

The Keys were and are perfect for literary giants with a passion for fishing. Still relatively remote, still an eclectic mix of the well-to-do and the escape-from-it-all crowd, still both fashionable and funky, the Keys provide the aloneness and quietude writers need and the adrenalin-based rush that recharges the creative batteries. 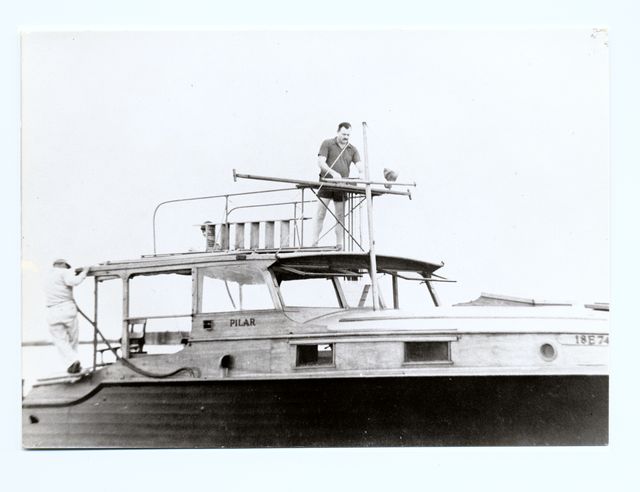 Ernest Hemingway on his boat, Pilar. 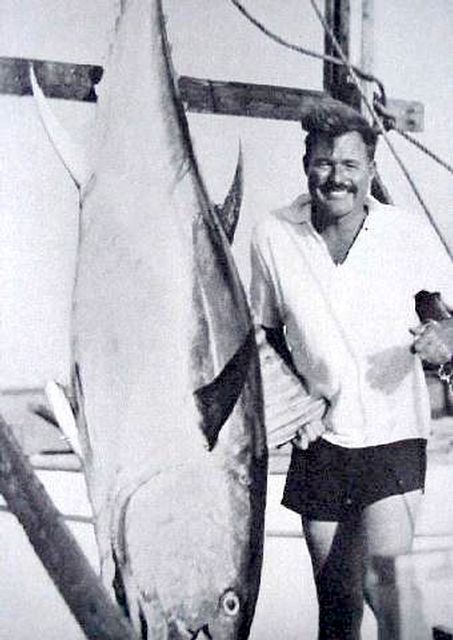 Hemingway with a marlin. 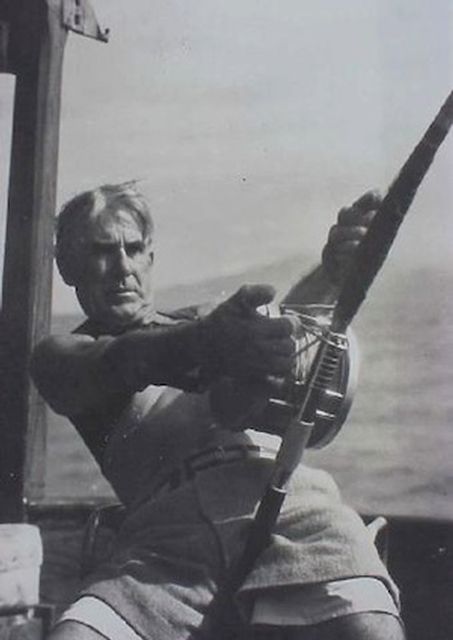 Western novelist Zane Grey came to the Keys to pursue one of his great passions: fishing.