KEY WEST, Fla. — Significant construction of a planned $6.2 million rehabilitation project for the Cow Key Channel Bridges is underway and expected to conclude by December 2020, according to Florida Department of Transportation officials.

The bridges, consisting of two parallel spans at mile marker 4.1 on the Florida Keys Overseas Highway, support southbound (to Key West) and northbound (Key West to other areas of the Keys and the South Florida mainland) vehicular traffic.

Aspects of the project include replacing portions of the bridges’ deck and beams. While project mandates call for all elements to be finalized by December 2020, incentives are in place to encourage state-chosen contractors earlier completion.

Plans call for work to be done on one bridge at a time and all traffic to be routed along the parallel bridge. Three lanes of traffic are to be open at all times.

To make travel as convenient as possible for motorists, traffic is to be shifted based on typical daily and weekly patterns. Lanes are to be designated as follows:

Construction information will be available on  FDOT's website. Drivers can get real-time traffic information by calling 511, visiting fl511.com, or downloading the Florida511 app from the App store or Google Play.

Motorists are advised to allow extra time while traveling to and from Key West, especially during peak morning and afternoon commuter time periods, and be mindful of workers and equipment in the area. 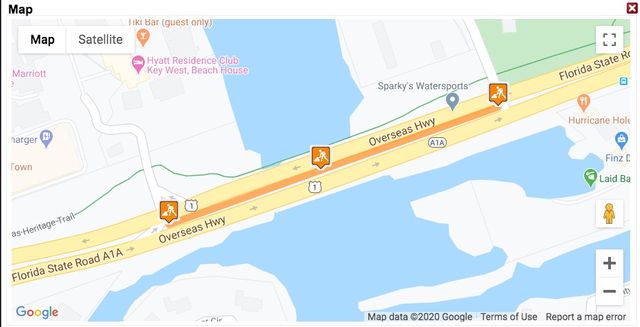 The bridges consist of two parallel spans at mile marker 4.1 on the Florida Keys Overseas Highway.

Drivers can get real-time traffic information by downloading the Florida511 app from the App store or Google Play.