“Stanley Papio’s art was all found objects. Most people called it junk, but to him, it was his next future piece of art,” said Michael Gieda, executive director of the Key West Art & Historical Society, which stages the annual procession.

In the spirit of Papio, most parade participants incorporate recycled and repurposed materials into their entries.

Standout creations in the 2019 procession included a vintage yellow race car whose engine was made of discarded plumbing parts, a prowling 30-foot-long iguana with spines crafted from scrap cardboard and a giant duck with recycled paper “feathers.”

“The event is an artistic, creative way to raise awareness about the legacy and the importance of artists in the Florida Keys while using recycling as a key component,” said Gieda.Co-produced by Wonderdog Studios, Saturday’s parade is to be followed by an awards ceremony and celebration at the oceanfront pocket park in the 1400 block of Duval Street. Cash awards await creators of the parade’s best kinetic sculpture floats and art bikes. 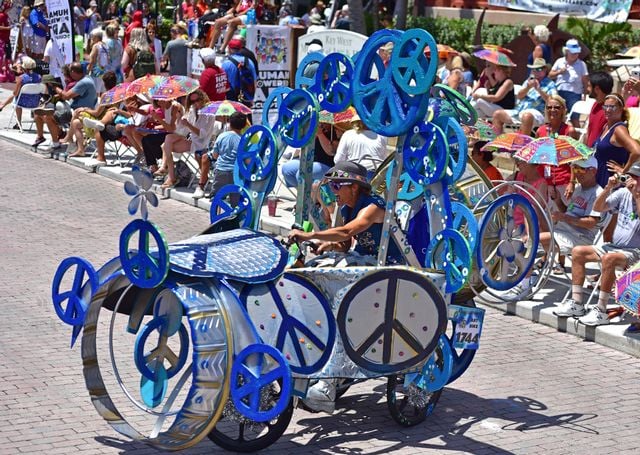 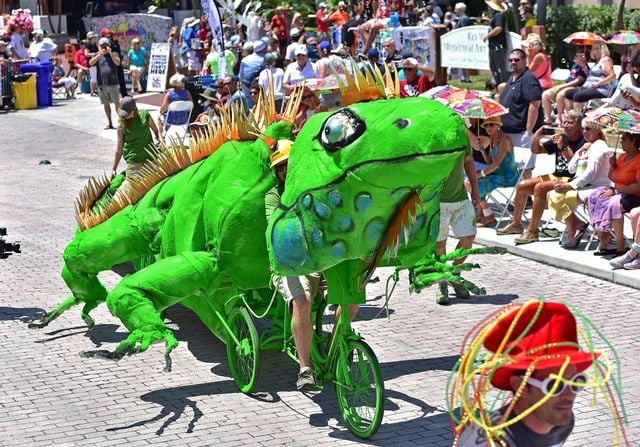 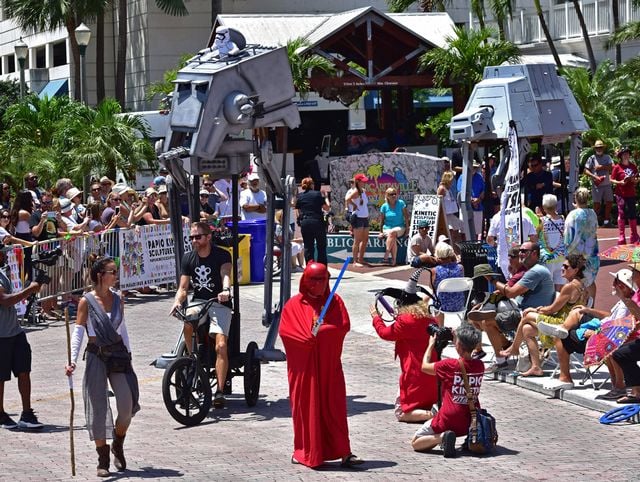 Star Wars Imperial walkers were these participants' inspiration for a parade entry.