Nearly 650 astronomy aficionados from around the world typically participate, attracted by the chance for warm-weather viewing of the Southern Cross and other southern constellations in clear, steady night skies. The Florida Keys are among the only places in the contiguous United States where those celestial objects can be seen.

In addition to nightly stargazing, Winter Star Party participants can attend lectures and presentations by nationally recognized astronomers and guest speakers including astro-photographers.

Participants also can display their skills in photo contests, expand their knowledge in workshops, research and obtain equipment from on-site vendors, network with fellow astronomy aficionados, get updates on astro-imaging techniques and exchange information and advice relating to the field.

The gathering is hosted by Miami’s Southern Cross Astronomical Society. Founded in 1922, the SCAS is one of the oldest amateur astronomical societies in the Western Hemisphere.

The Winter Star Party is open to the public as well as to SCAS members, but advance registration is required for admission. 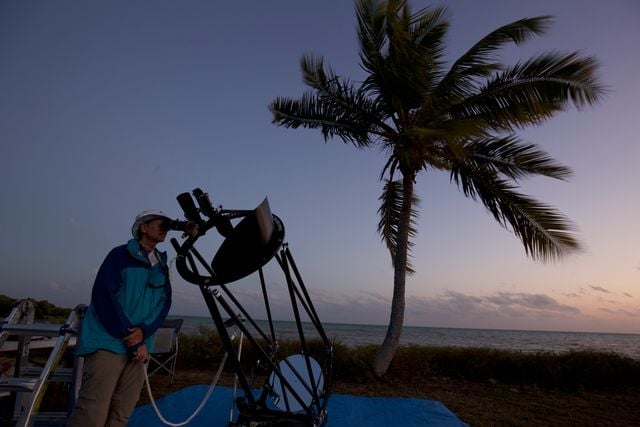 The Florida Keys are among the only places in the contiguous United States where Southern Cross and other southern constellations in clear, steady night skies can be seen.