KEY WEST, Fla. — While Super Bowl teams make last-minute preparations for the big game, anglers can tangle with a different kind of big game in the Florida Keys: the toothy barracuda, prey for competitors in the 2020 Cuda Bowl scheduled Thursday through Saturday, Jan. 30 through Feb. 1.

Now celebrating its 10th anniversary year, the all-release flats tournament got its name because it’s scheduled each year just before the Super Bowl NFL football championship.

Tournament events are to begin at 5 p.m. Thursday, Jan. 30, with a captains meeting and kickoff at South of the Seven restaurant at Sugarloaf Lodge, 17075 Overseas Highway at mile marker 17.

Fishing is scheduled Friday and Saturday and must not exceed eight hours per day. Anglers and guides can leave from and return to the marina of their choice, but rules mandate that by 5:30 p.m. each day they must bring their catch forms and photos of fish caught to the Hurricane Hole Marina, 5130 Overseas Highway at mile marker 4.5 oceanside.

A social gathering with a cash bar and appetizers follows Friday’s fishing, and an awards ceremony is scheduled at 6:30 p.m. Saturday. Both are to take place at Hurricane Hole.

Awards await the anglers who catch the highest total inches of barracuda in the fly and spin divisions. The minimum length for scoring is 24 inches. Each angler can count three fish per day, per division, toward his or her total.

Pairs of anglers fishing with a guide or captain can qualify for the Ben Gravett Team Division trophy. Each of the team’s two anglers can measure up to three fish per day to count toward the team’s total inches.

Tournament rules allow licensed guides to fish as anglers. The entry fee is $375 for one angler on a boat and an additional $50 for a second, with two anglers permitted per boat. 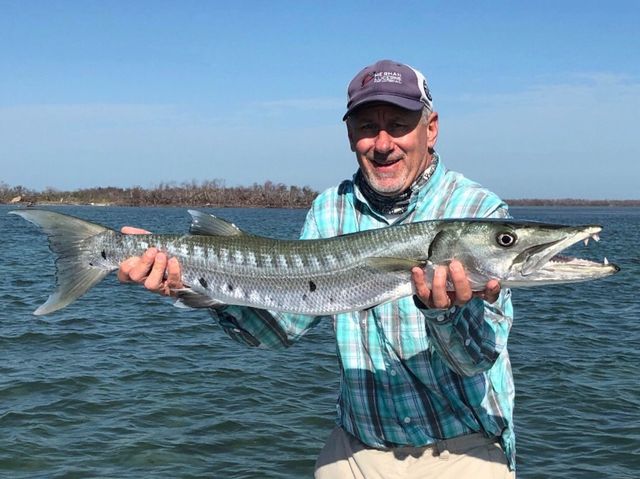