Brown is one of the most recognizable names in travel broadcasting and her “Places to Love” is to begin its third season on PBS. The show delves into the culture, character and integrity of featured destinations, in part through introducing viewers to local residents whose offerings enrich travelers’ visits.

“The show ‘Places to Love’ really wants the traveler to be less a consumer and more a part of the community,” Brown said. “For this episode, I wanted to show the Florida Keys as a place where people live year-round, and the effort that it takes to create these experiences that we as travelers get to show up and have.”

While shooting in the island chain earlier this year, Brown stressed that the episode would explore the overall integrity of the Keys experience. Its segments offer insights into the island chain’s signature foods, literary culture, history, environment and sustainability initiatives — all seen with the guidance of local residents whose passion underlies offerings that focus on such elements.

“It’s just such a unique group of people that make it this wonderful community,” said Brown. “Everyone here in the Keys has a very unique story of why they’re here.”

Among experiences filmed for the program, Brown explores Key West’s heritage and cuisine on a Key West Food Tour with founder Analise Smith; learns about the island’s past and present authors on a literary walking tour; shares sunset and a song with Lower Keys troubadour Howard Livingston; discovers the environmental benefits of capturing invasive lionfish with Marathon’s Rachel Bowman, the Keys’ only female commercial lionfish harvester; visits Marathon’s Turtle Hospital and participates in a sea turtle release with the facility’s guiding spirits, Richie Moretti and Bette Zirkelbach.

“There are a lot of people who deeply care about Keys waters, about the Florida Keys National Marine Sanctuary — there’s this whole other layer that you can experience that goes on to help the community,” said Brown.

The Keys and their meaningful “other layer” are to be spotlighted for television viewers in January 2020 on “Samantha Brown’s Places to Love,” distributed nationally by American Public Television. Viewers should check their local PBS listings to determine when the Florida Keys episode broadcasts in their area. 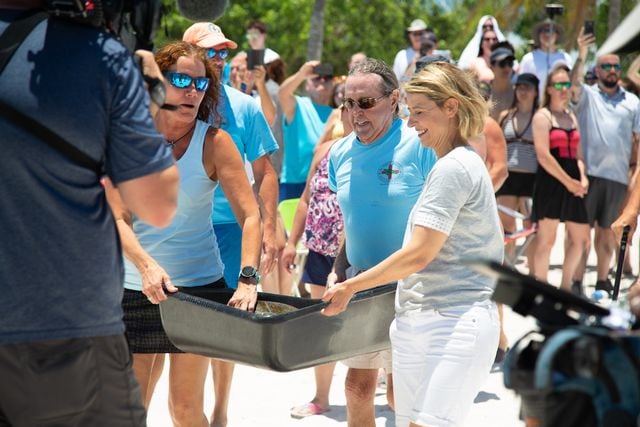 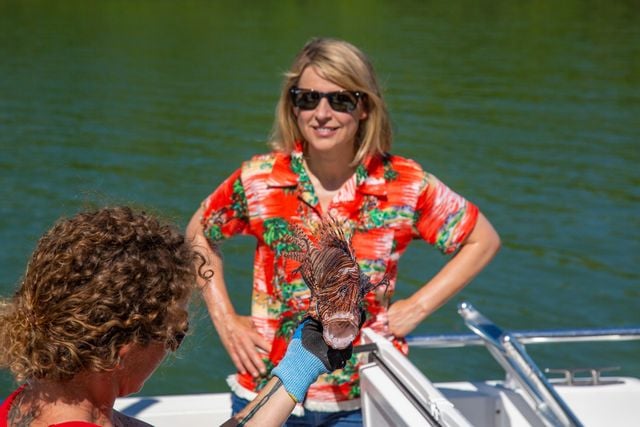 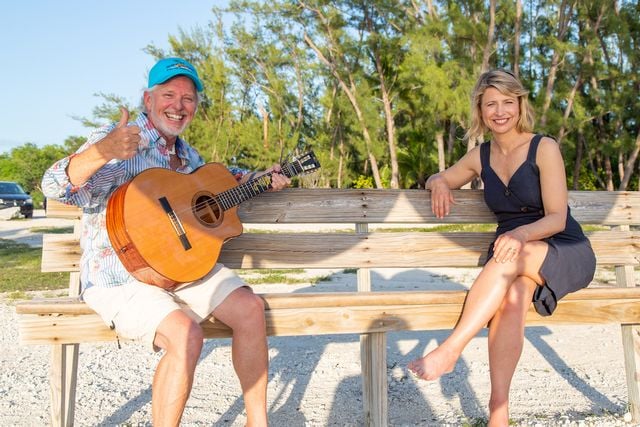 Brown stressed that the episode would explore the overall integrity of the Keys experience all seen with the guidance and passion of local residents.