KEY WEST, Fla. — For more than 50 years, the Key West Fishing Tournament has celebrated the rich variety of species found in Florida Keys waters while providing a sport-fishing challenge for enthusiasts. Anglers of all ages and abilities can compete in the landmark tournament .

More than 45 species of fish, both weighed and released, are targeted during the eight-month competition, which is free and open to the public through July 31, 2020. Species range from mighty blue marlin to wily bonefish.

While the past two years’ tournaments began in January, organizers changed the dates for the 2019-20 event to enrich the fishing experience for participants.

Visiting and resident fishing aficionados are invited to enter their catches at a tournament weigh station or online at enter.keywestfishingtournament.com, where they can submit photos of their fish. Weighed catches are accepted if weighed on a hand scale that has been inspected and approved by the tournament, enabling anglers to subsequently release fish to be caught again.

The Key West Fishing Tournament strongly encourages the release of all game fish and will not recognize any killed sailfish, marlin, spearfish, sharks or tarpon for award purposes.

The tournament features divisions for men, women, junior anglers ages 10 to 15 and Pee Wees under 10 years old. Participants can fish from a boat, bridge or land.

Anglers in each of the four divisions win awards for the heaviest of 33 species in multiple line classes and artificial casting categories.

All participating anglers receive certificates noting their catches and qualify for a variety of awards. 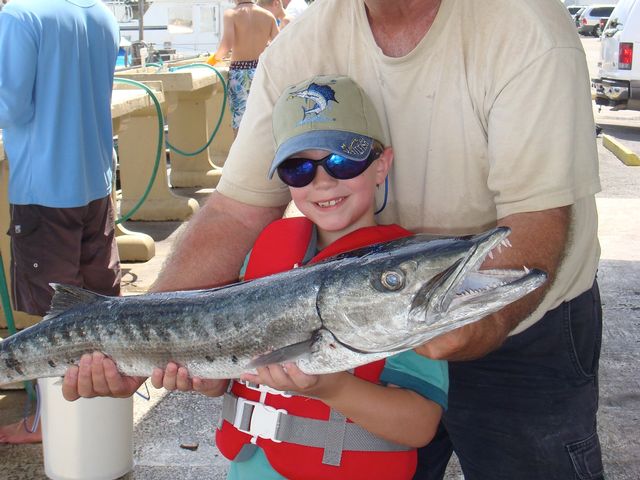