FLORIDA KEYS — A consumption revolution is underway in the Florida Keys. The Indo-Pacific lionfish, a dark red-and-white striped coral reef fish that is as voracious as it is beautiful, is experiencing what some people call “lionfish karma.” Seafood and fish lovers have discovered this toothy predator’s light white meat is delicious, delicate and delectable to eat.

Part of the scorpion fish family, the lionfish has no natural reef predators except spearfishing humans. This invasive species, whose population is exploding, preys on over 70 species of native fish in the Keys and also competes with them for food.

Lionfish are protected by venomous — not to be confused with poisonous — spines, which are removed before cooking, leaving the meat perfectly safe to consume. Rich in Omega-3 fatty acids, lionfish is considered a healthy choice.

Diners at Florida Keys restaurants can make a positive environmental impact by ordering the fish as a cook-your-catch item or off the menu, helping to decrease lionfish populations. Lionfish is easily broiled, baked, sautéed, fried or prepared as ceviche or sushi.

“It is a beautiful white meat,” said Robert Stoky, owner/chef at Islamorada’s Marker 88 Waterfront Restaurant. “It is a great simple-tasting fish, and what I mean by that is it does not have a fishy flavor at all.”

Stoky, an avid lionfish diver, developed a recipe for Butter Baked Lionfish that is simple to prepare for the grill. Chefs simply line aluminum foil with carrot sticks, onion, zucchini, yellow squash, butter, salt and pepper. They then place lionfish fillets on top and grill over high heat.

At Castaway Waterfront Restaurant and Sushi Bar in Marathon, the owner himself dives for the lionfish he serves, making it a staple on the menu. Ask for it “wrecker” style (in a yummy sauce of capers, garlic, butter and diced tomato), as a sashimi (sliced fish) or nigiri sushi roll, or as a ceviche appetizer.

Other popular preparation methods include bacon-wrapping and barbecuing lionfish, poaching it or making it Bermuda style — the fillets encrusted with fried red onions and Japanese breadcrumbs, baked and served with a sweet-and-sour sauce atop baby arugula salad.

“When you order lionfish off the menu in a restaurant, you’re also not ordering snapper or hogfish or grouper, so you’re taking a little bit of pressure off those species, whose populations are already being affected by lionfish,” said Rachel Bowman, a Marathon resident who is also the Florida Keys’ only female commercial lionfish fisherman.

The Key Largo–based Reef Environmental Education Foundation, widely recognized as a leading authority in lionfish research, removal practices and educational outreach, adopted an “eat them to beat them” mantra early on.

REEF’s second edition of its popular “Lionfish Cookbook,” with preparation techniques and new appetizer and entrée recipes, was recognized as among the top three sustainable food books in the world at the Gourmand World Cookbook Awards.

The revolution has caught on nationally too. Whole Foods grocery stores sell lionfish, whole or filleted, at their seafood counters. 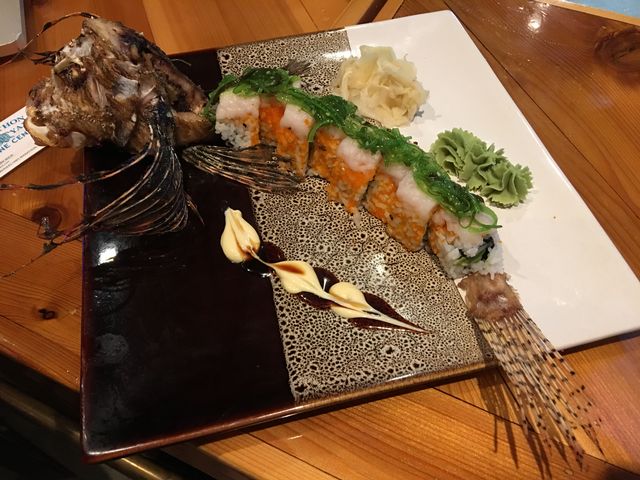 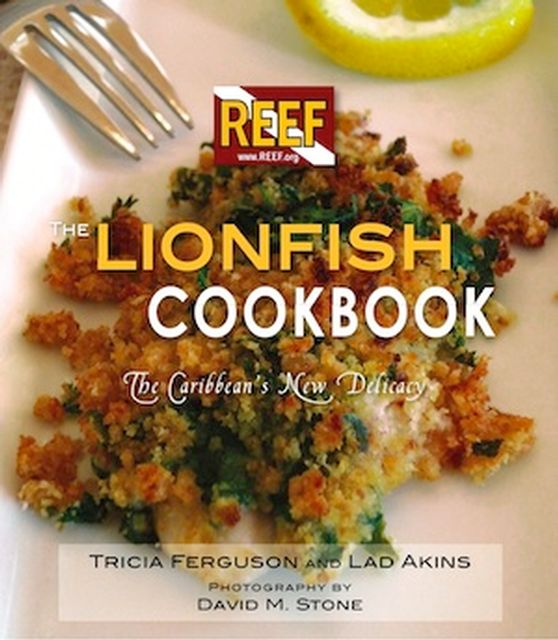