Arlo Haskell, executive director of the Key West Literary Seminar, grew up in the Lower Keys and as a youngster was surrounded by famous writers visiting and living in Key West.

Today, 40-year-old Haskell is an author himself who recently published a historical nonfiction book, “The Jews of Key West, Smugglers, Cigar Makers, and Revolutionaries (1823-1969).”

Haskell grew up on Cudjoe Key while his mother Monica worked as the literary seminar’s executive director during the 1980s and early 1990s.

“I grew up in the office,” he said. “I grew up meeting writers such as poets Richard Wilbur, Octavio Paz, James Merrill and John Malcolm Brinnin.”

Haskell’s book about South Florida’s oldest Jewish community is a “look at Key West through the lens of a small minority community,” he said.

Historian Robert D. Richardson said it “describes in fascinating and vivid detail the story of the immense impact the Jewish community has had on the basic culture of Key West.”

Its first printing quickly sold out and a second printing is underway.

In his third year as director of the seminar, Haskell says he hopes to inspire other Key West students by extending its reach deeper into the community. This summer, he plans to launch a Young Writers Studio workshop for Key West High School seniors. Fully funded programs are to include visits to local archives, a trip to the Dry Tortugas and writing instruction with novelist Victor LaValle.

“I hope we can inspire kids to discover for themselves how interesting and unique their home is,” Haskell said. “Our history is an ideal resource for captivating the minds of our local youth.”

His efforts also have brought noteworthy seminar authors such as George Saunders, winner of the 2017 Man Booker Prize for his book, “Lincoln in the Bardo,” to discuss writing at the high school. The seminar purchases copies of an author’s book and distributes them to students.

In addition, Haskell introduced a writer’s residency program at the seminar’s property on Love Lane, supporting a younger generation of American writers coming to Key West.

Last year the organization launched a literary walking tour for visitors and residents, highlighting the haunts and homes of Key West’s writers.

Haskell also expanded the Patrons Circle, which funds scholarships for librarians, teachers and writers to attend the seminar. Fundraising efforts have doubled the number and value of scholarships since 2016. Nearly 50 scholarships are awarded each year, with an average value of $1,000 each.

“We want to attract talented librarians and teachers who are working to inspire readers in their communities around the country,” Haskell said.

While attending Bard College in upstate New York, he recognized the significance of writers such as Wallace Stevens and Elizabeth Bishop, who lived in Key West before he was born.

Haskell studied with Pulitzer Prize–winning poet John Ashbery, who died in September 2017 and “was a major influence in my life. He opened up my eyes.”

Haskell met his future wife, Ashley Kamen, at Bard. After college he lived in the U.S. Virgin Islands, working on sailboats, and was a stonemason in New York. He moved back to Key West in 2002, waited tables and managed the Haitian Art Co. for several years.

He began working at the seminar in 2008.

Haskell also has written and published two poetry collections. He started his own publishing house, Sand Paper Press, in 2003 and published acclaimed titles by Harry Mathews and Héctor Viel Temperley.

Haskell enjoys family time with Ashley, a yoga instructor who also works at Archeo Gallery, and their 2.5-year-old daughter Aviva on the beach at Fort Zachary Taylor Historic State Park.

Among his favorite writers is author Thomas McGuane, a former Florida Keys resident who wrote “Ninety-two in the Shade” in 1973. He interviewed McGuane on stage at the 2016 Key West Literary Seminar.

“I love books that are part of the fabric of Key West. They feel like part of my upbringing,” Haskell said.

The theme of the 2018 seminar, “Writers of the Caribbean,” is especially poignant following the 2017 hurricanes in the Caribbean region. It’s the first seminar theme to take a geographical focus.

“One of my goals is to make the seminar better every year. Key West is a captivating place, a place that inspires imagination,” Haskell said. “Writers are always seeking a new perspective — Key West is America at a different angle.” 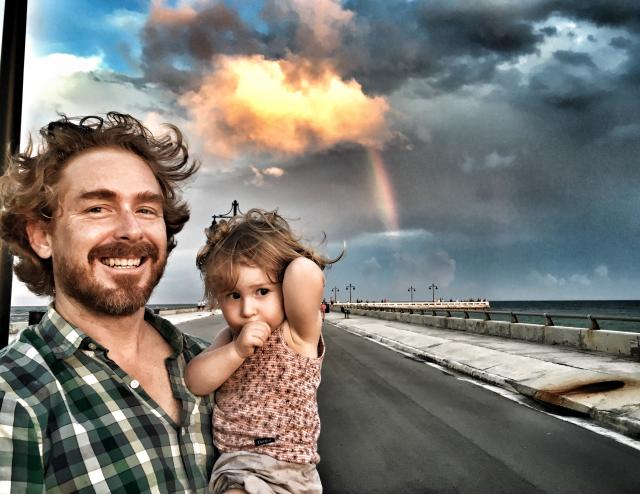 Haskell with his 2.5-year-old daughter Aviva 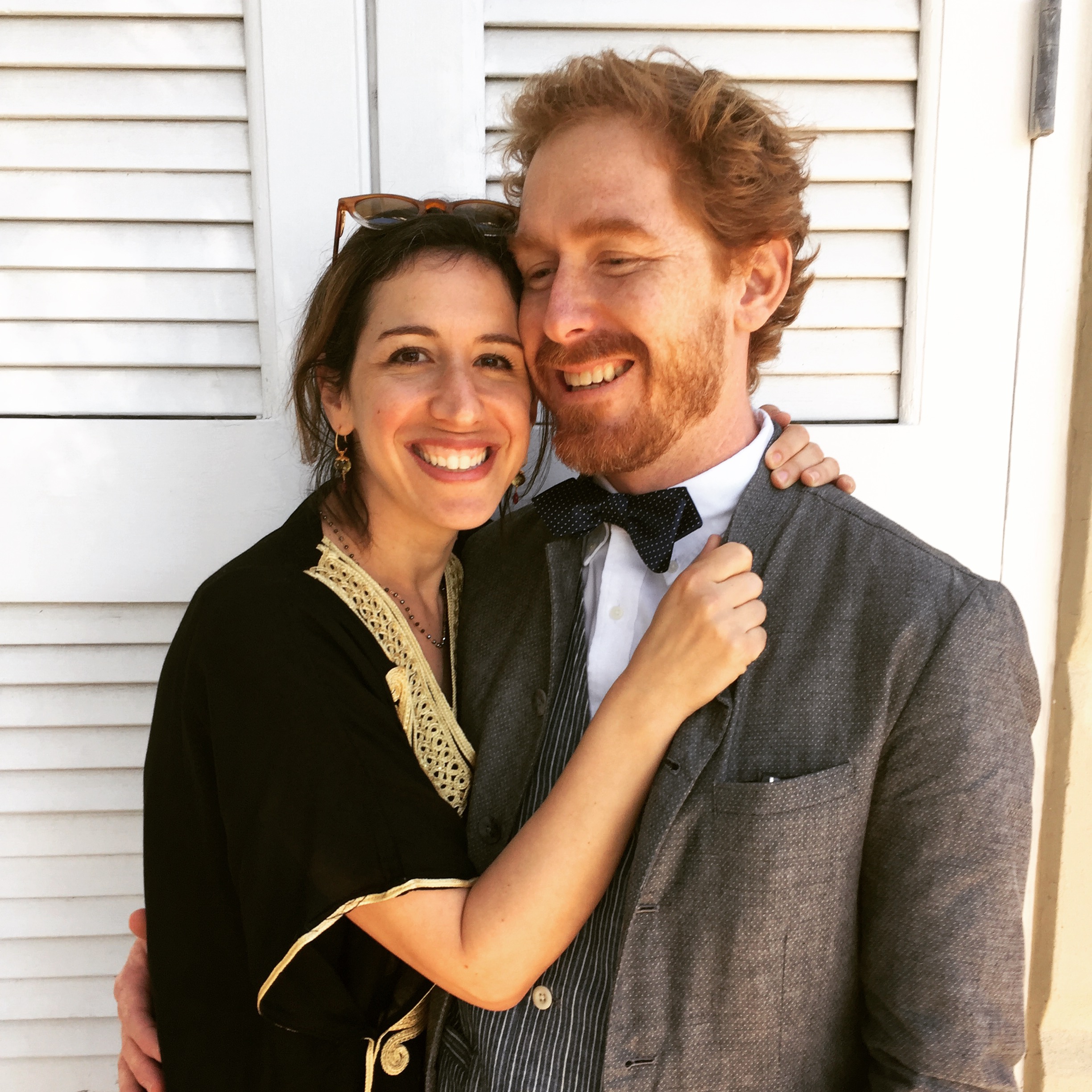 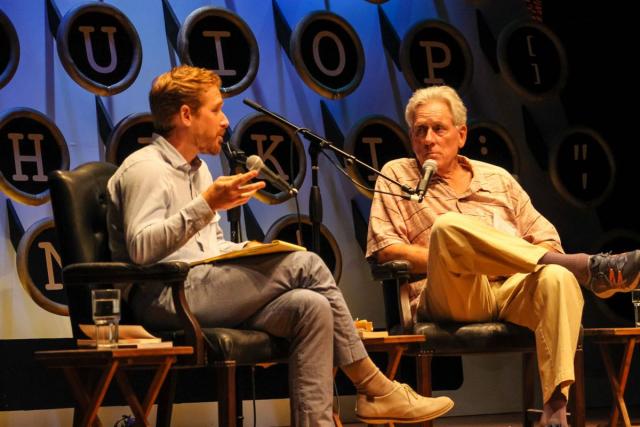 Haskell is in his third year as executive director of the Key West Literary Seminar. 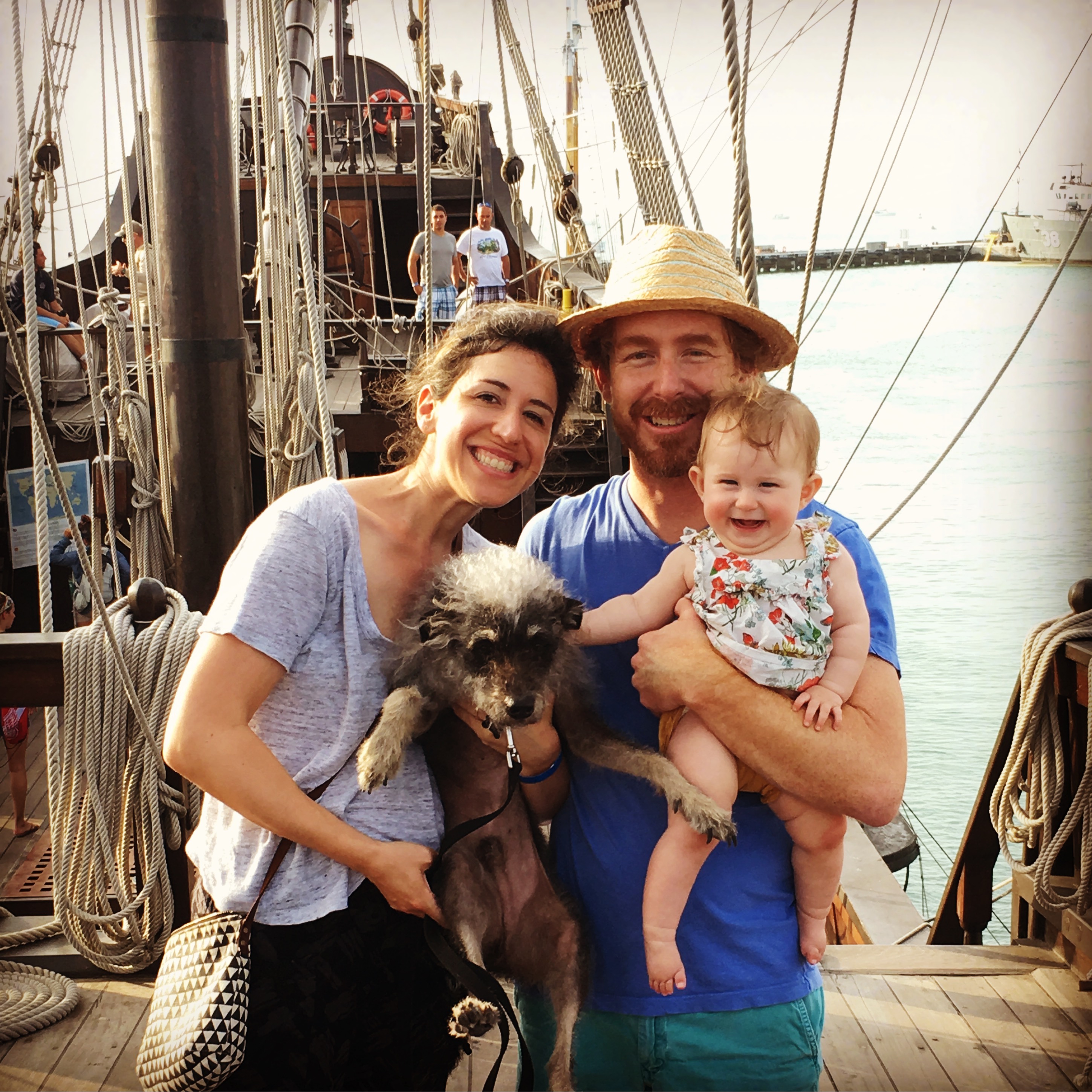 Key West serves as inspiration for Haskell and his family to discover for themselves how interesting and unique their home is. 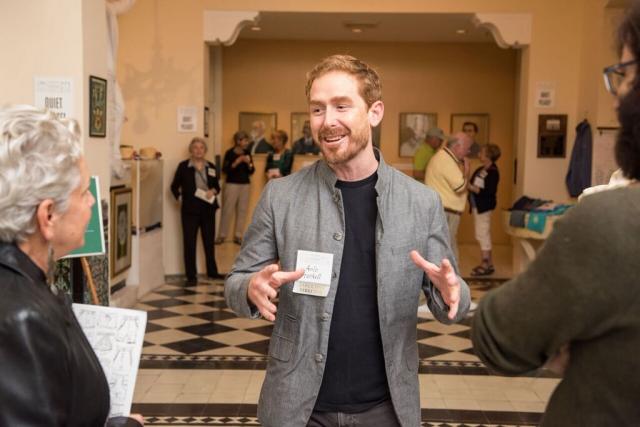 As a youngster, Haskell said he was surrounded by famous writers visiting and living in Key West. 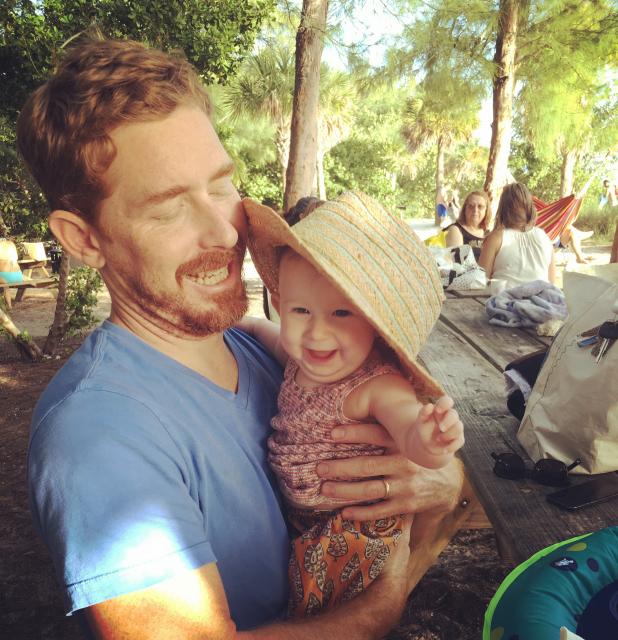