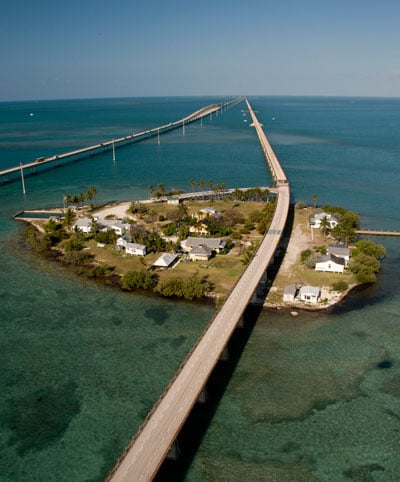 Visitors to Pigeon Key venture back in time to a tiny island that played a tremendous role in the Florida Keys of today.

Listed on the National Register of Historic Places, this five-acre property served as a home base for railroad workers erecting and later operating the final installment of Henry M. Flagler's Key West Extension of the Florida East Coast (FEC) Railway: the Old Seven-Mile Bridge.

Flagler's railway made the Keys accessible from mainland Florida, and his Seven-Mile Bridge was considered an engineering feat. The bridge is, like Pigeon Key, listed on the National Historic Register. But with a more modern Seven-Mile Bridge serving motorists, Flagler's feat today is utilized as a fitness path for cyclists and pedestrians. 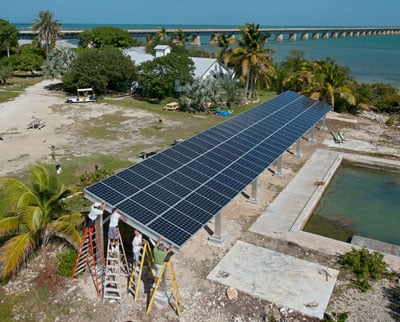 Pigeon Key is nestled beneath this trestle at the edge of Marathon, and its modest wood frame structures have experienced a renaissance.

Largely colored in Flagler's trademark yellow, the cottages are a charge of the not-for-profit Pigeon Key Foundation, which manages the island and works to preserve its rich heritage.

Among the foundation's completed projects: Transforming one Pigeon Key structure into a railroad museum. Here, on view to the public, are historic artifacts from the FEC Railway, including concrete "bones" that served to test the strength of mixtures used in erecting the Old Seven-Mile Bridge. Photographs feature the trains of the railway, the making of the original bridge, the buildings of Pigeon Key, and the island's former inhabitants. 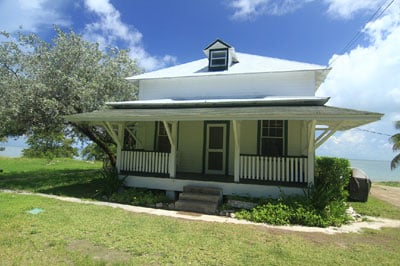 In 2013, the island converted from an electrical system to solar-powered energy, making the educational facility and visitor attraction energy efficient.

A 105- by 11-foot solar array was installed to satisfy nearly 95 percent of the island's electrical needs. For more than 100 years, electrical power on Pigeon Key was generated by steam or fossil fuels. A sense of environmental responsibility motivated the change and today, two banks of 24-cell batteries that each generate 48 volts store electricity to feed 240-volt inverters that power the tiny island. 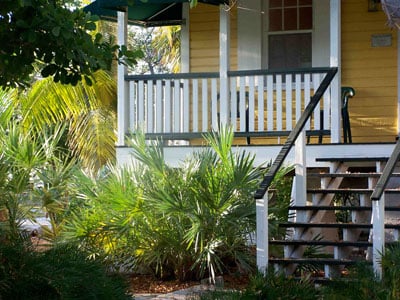 Pigeon Key is accessible by walking or bicycling the reopened Old Seven Mile Bridge (an approx. 2.2-mile span) or by ferry boat, which departs from the Pigeon Key Gift Shop at 2010 Overseas Highway, mile marker 48.

Ferry service runs daily at 10 a.m., noon and 2 p.m. Admission to the island including ferry transfers, museum access and guided tours is $15 per person, $12 for ages 6-12 and $5 for ages five and under.

Walkers and bikers via “Old 7” can pay to join a tour online, and must arrive 10 minutes in advance of their booked tour time.

Proceeds benefit the Pigeon Key Foundation and its preservation and restoration efforts. Please call the gift shop at 305-743-5999 ahead of arrival to confirm ferry tour departures, as they can be weather dependent. 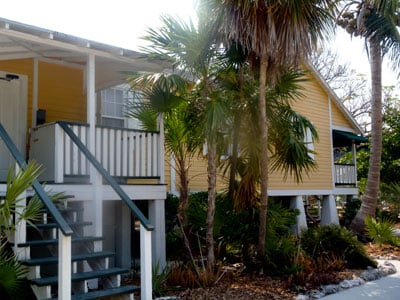